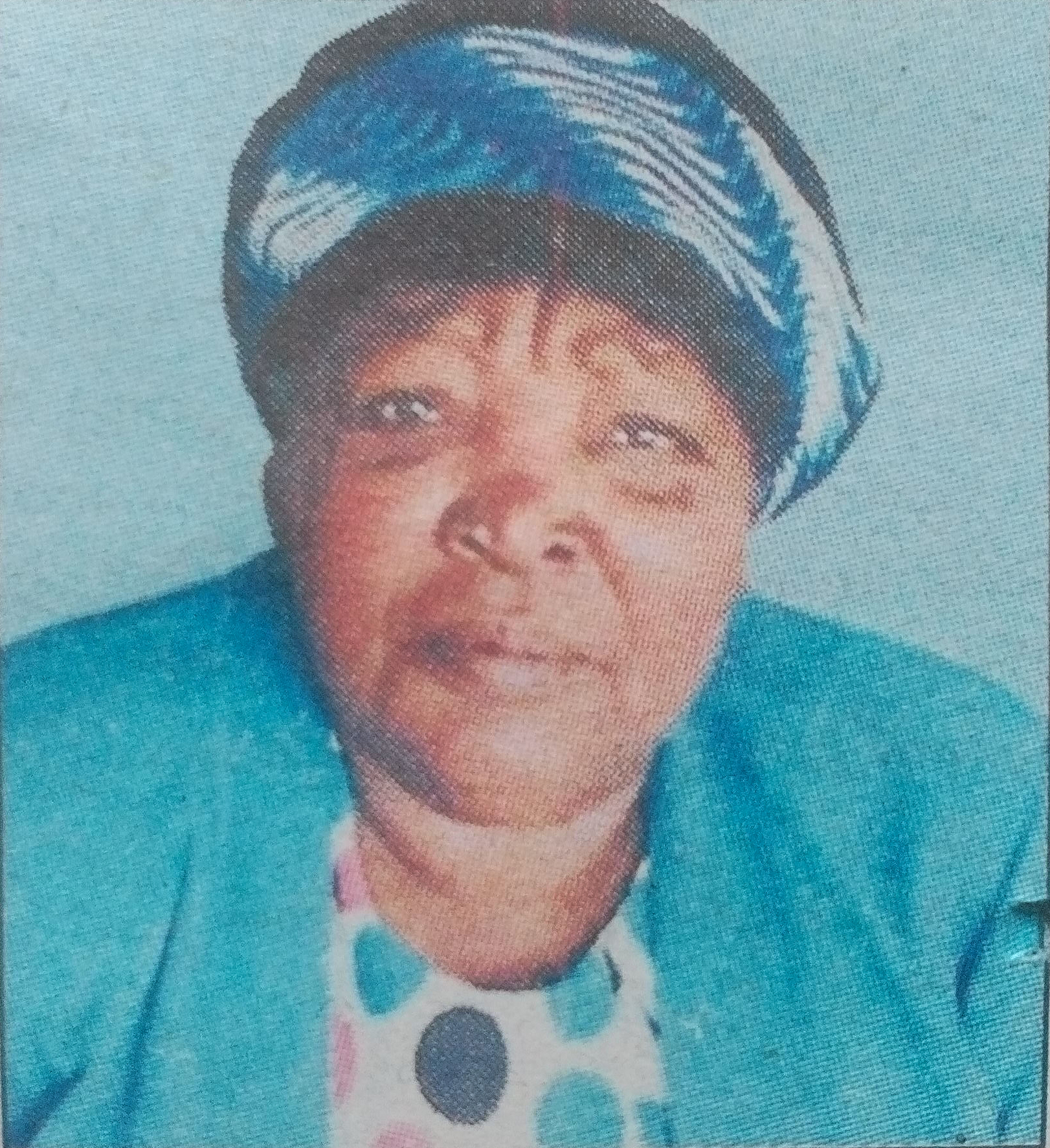 There will be a fundraiser on Wednesday 19th April 2017 at the same venue.
The funeral will be on Saturday 22nd April 2017 starting at 10.00a.m at her home at Kakuyuni Division, Kangundo Sub-County. Machakos County.

Mwaitu, you have fought the good fight, you have finished the race, you have kept the faith and left a great legacy.