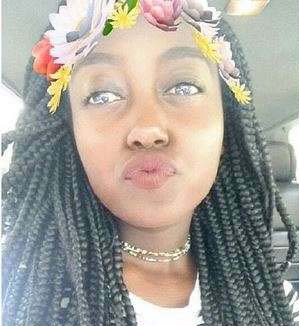 Political heavyweight Martha Karua has been thrown into mourning following the loss of a close family member.

Marcia and 4 of her friends were coming from Daystar Star of Excellence Awards ceremony (SOEA) when the accident happened along Mombasa Road. One of Marcia’s companions Arnold Mutisya succumbed to injuries while Maureen Kogi, Stephen Musyoki, Derrick Mills and Marcia Wawira were rushed to Shalom Hospital for first emergency treatment before getting transferred to Nairobi West Hospital.

Stephen and Maureen were released after treatment as they had minor injuries but  Derrick and Marcia had to stay longer for further treatment. Sadly, Marcia tragically succumbed to her injuries

According to Daystar University’s publication called Involvement, “Marcia’s knee had been hurt badly and so the doctors decided to do a surgery on the knee. After the surgery, she couldn’t wake up.  She was then taken to the ICU where she was under oxygen support but unfortunately, she couldn’t make it.”

Martha Karua sent out this tweet breaking the sad news “Marcia Wawira Mwangi my beloved niece succumbed today to injuries from a road accident .She will 4ever live in our hearts #RIPMarcia.”