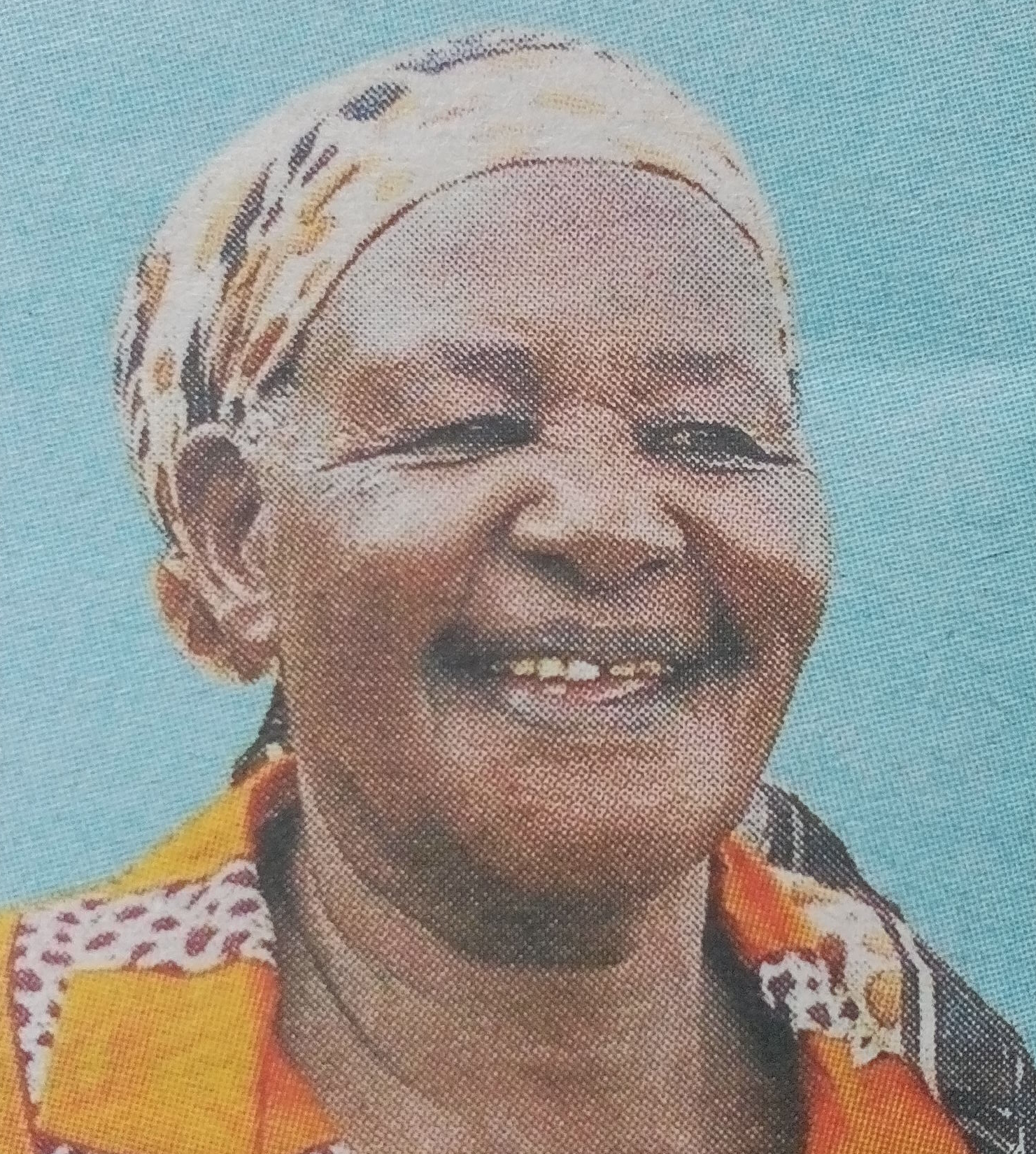 The cortege leaves Montezuma Monalisa Funeral Home Machakos on Friday 21st April, 2017 at 9am for a funeral service and burial at her home Kyanda, Kaluluini village, Machakos County.

“I have fought the good fight, I have finished the race, I have kept the Faith.” 2Timothy 4-7.