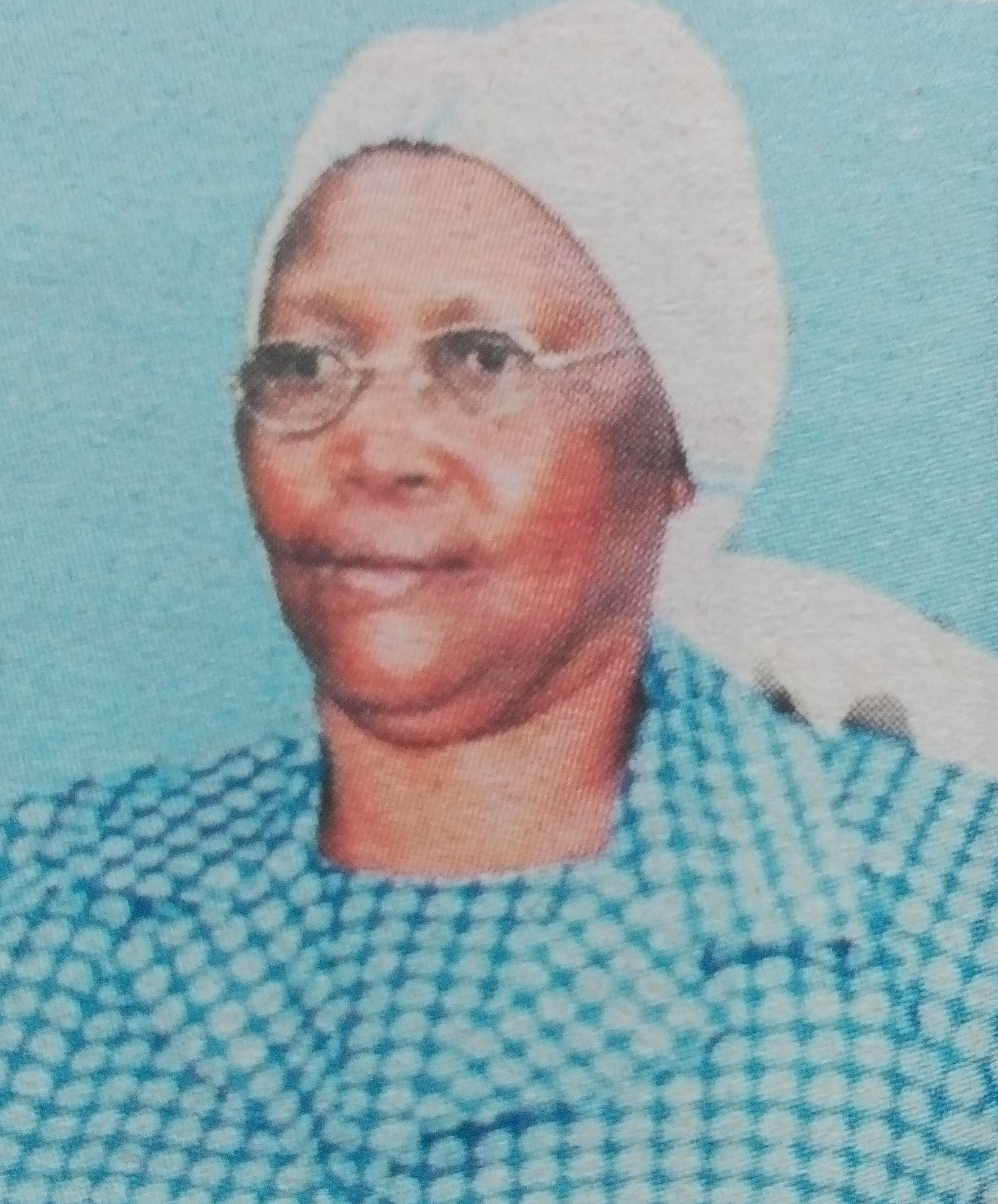 It is with humble Acceptance of God’s will that we announce the passing on to God’s Glory of Mrs. Miriam Njeri (Mama Kioni) which occurred on 8th April 2017 in her sleep.

Funeral arrangements are taking place at her residence in Githurai Kimbo, at her home in Subukia and at Antonios Grill Nairobi.

The cortege leaves Kenyatta University Mortuary on 13th April 2017 at 6am for funeral service at her home in Subukia, Nakuru County, where she will be laid to rest.

“Loved ones Never Depart, They rest in God’s Hand and live in our Hearts forever. Rev. 14:13”