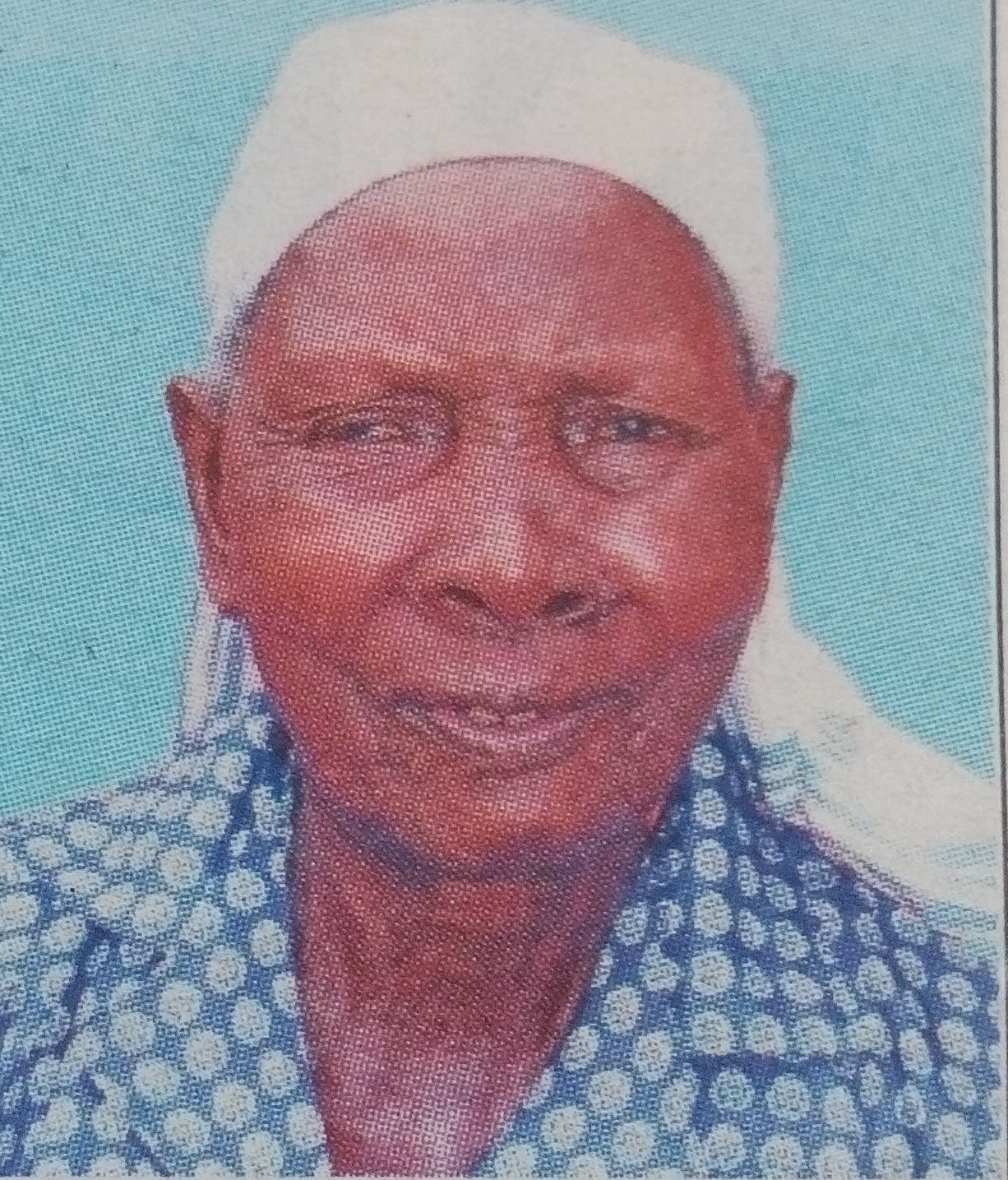 Celebration Of The Life Of A Matriarch

It is with humble acceptance of God’s will that we announce the passing on of our matriarch Mrs. Veronica Theru Gathitu which occurred on 2nd December 2016.
Loving wife to the late Reuben Gathitu mother to Symon and Tabitha Gathitu, Jane and late Ngari, Margaret and Francis Mwangi, Peter and Catherine Warui, late Pharis Mugo – Eva and Janet, late James and Judith Murithii. Stepmother to the late Onesmus Kimani, late Geoffrey and the late Miriam Wabettan,Titus and Jane Mugo, Captain Joseph and Pauline Mukomah. She was an aunt, grandmother and great grandmother to many. She hails from Sagana-Kirinyaga Country.
Friends and relatives are meeting daily at Symon Gathitu’s home, Sagana every day from 4pm for prayers and funeral arrangements. The cortege will leave Kibugi Funeral Home (Kaglo) on Saturday 10th December 2016 at 9am and thereafter proceed for the funeral service at ACK St Anne Gitumbi Church – Sagana at 10am.
Burial will follow thereafter-at home.
Mum/Cucu/Maitu “You have fought the good fight, you have finished the race, you have kept the faith” May God grant you eternal rest.
Did you find apk for android? You can find new Free Android Games and apps.
https://obituarykenya.co.ke/wp-content/uploads/2016/12/Veronica.png 1435 1226 Obituary Kenya https://obituarykenya.co.ke/wp-content/uploads/2020/05/Life-in-Legacy-Logo.jpg Obituary Kenya2016-12-11 11:19:262016-12-11 11:19:26Mrs Veronica Theru Gathitu
0 replies