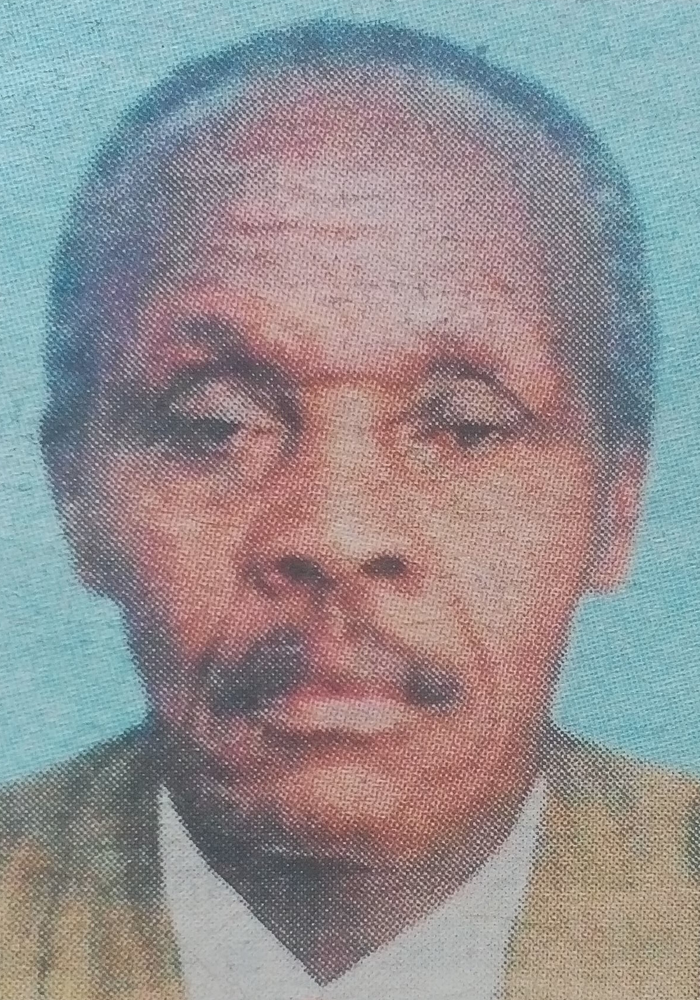 It is with humble acceptance of God’s will that we announce the death of Mzee Raphael David Mumo Kainga which occurred on Tuesday 15th November 2016.

Family and Friends are meeting daily at Old T.Tot Hotel, Machakos. There will be a fundraiser on Thursday 24th November 20I6 starting 5:30prn.
The cortege leaves Montezuma Funeral Home on Saturday 26th November 2016 at 9am to for Funeral service at Kangundo DEB Primary School grounds and there after burial at his home Masewani village Kangundo.

Isaiah 57:2 Those who walk uprightly enter into peace, they find rest as , they lay in death