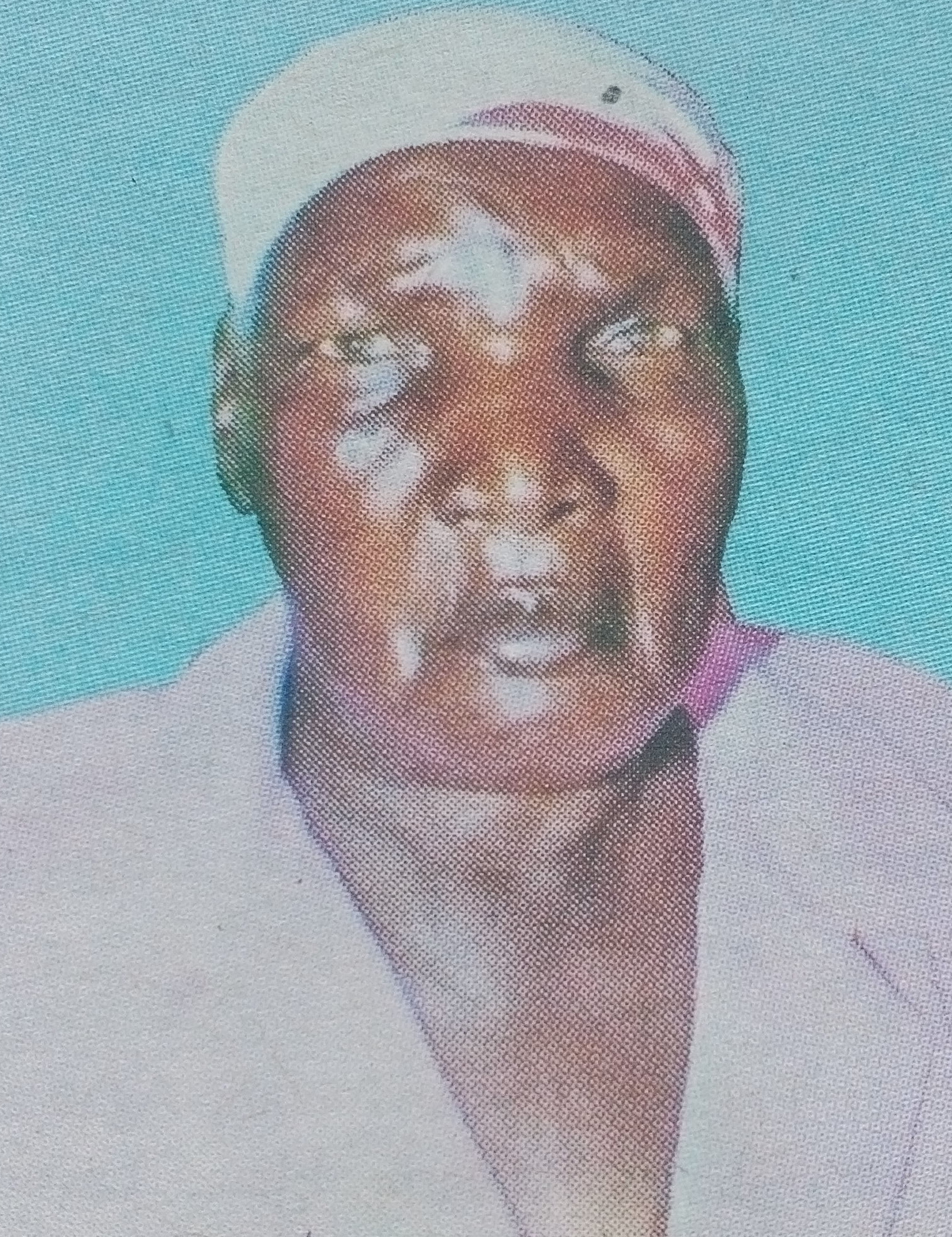 It is with humble acceptance of God’s will that we announce the passing on of Phoebe Musimbi Busisa on Sunday 26th March 2017 at a Kitale Hospital.

The cortege leaves Cherengani Funeral Home on Friday 31st March 2017 at 9.00a.m on a stopover for prayers at her son’s home at the Kanga Farm, Sibanga and thereafter the cortege shall depart for her home in Vuyiya village, Kigama Sub-location, North Maragoli Location,Vihiga County off Mudete – Majengo Road. Burial Ceremony shall be held at Vuyiya Primary School from 9.00am and she will be laid o rest on Sunday 2nd April 2017.