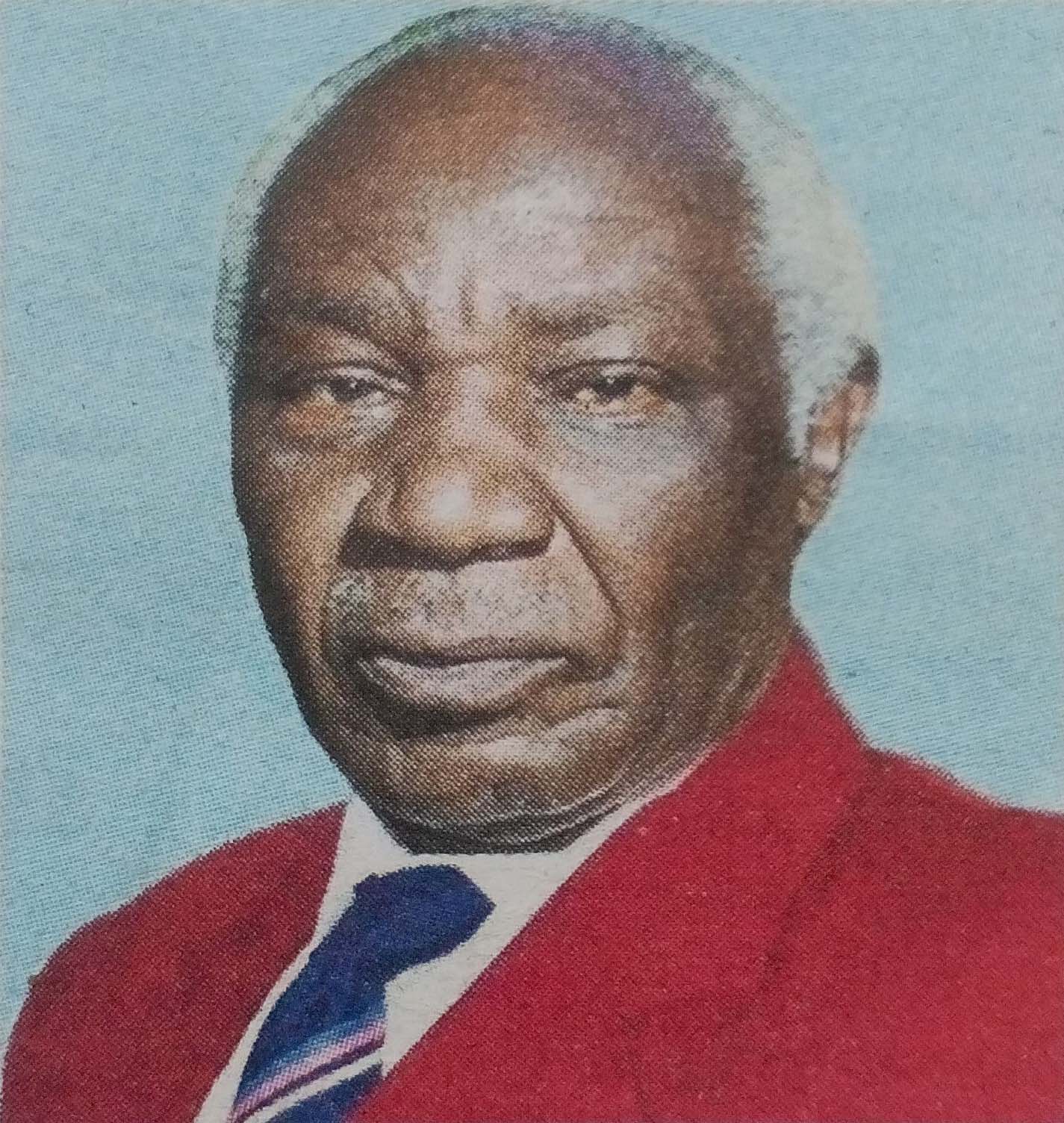 It is with the humble acceptance of God’s will that we announce the passing on of Rtd. Elder Daniel Ngugi Wanjama which occurred on Saturday 13th May 2017 after a short illness. Son of the Late Joshua Wanjama Kimani and Fredah Wangui Wanjama of Gathanji Village, Githunguri, Kiambu County.
Husband of the Late Serah Njeri Ngugi. Loving father of George Wakayu Murira and Eva Wangui Murira. Caring Grandfather of Charleen Waceke Murira, Sarah Njeri Murira and Steven Murira Wakayu.
Brother of the Late Samuel Kimani, the Late Esther Nyambura, Peter Mburu and the Late Dr. Joseph Kimani. Brother in Law to Esther Wanjiku Kimani, Late Wairimu Mburu and Esther Wangari Kimani. Son in Law to the Late Nelson Gachanja and Freshia Nduta Gachanja.
Dedicated Cousin, Uncle, Grandfather and Friend to many.
Family and friends are meeting daily at his home upper Gathanji Githunguri, Kiambu County at 4pm. There will be a memorial service on Sunday 2Ist May 2017 at PCEA Gathanji Church grounds at 3pm.

The cortege leaves Kenyatta University Mortuary on Tuesday 23rd May 2017 at 9am for a funeral service at PLEA Gathanji Church, Githunguri starting 10.30am and burial thereafter at His home in Gathanji.
`I have fought a good fight, I have finished the race, I have kept the Faith.” 2nd Timothy 4:7