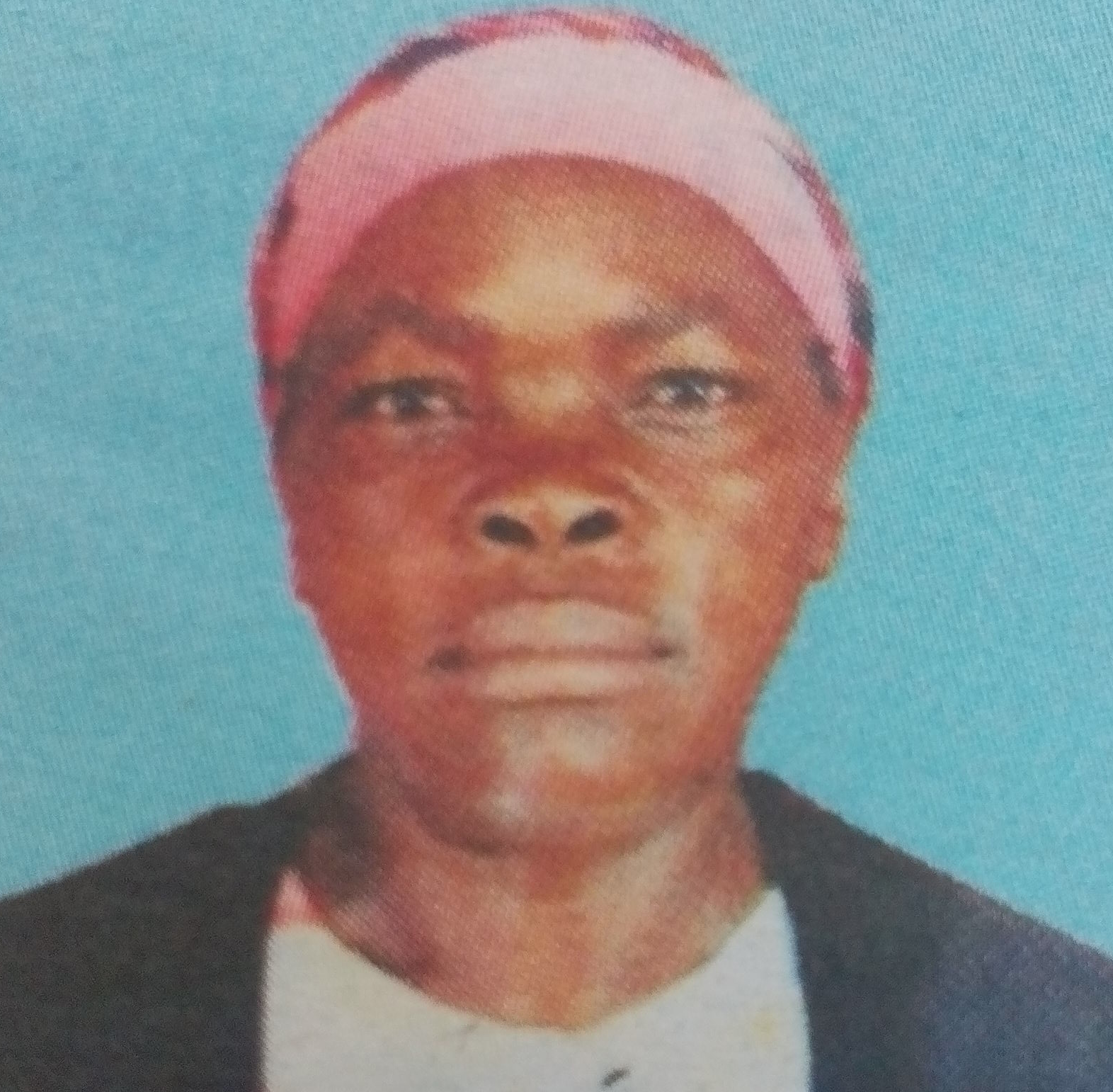 With humble acceptance of God’s will we announce the passing on of our mother Mrs Ruth Mwikali Kimatu on 9th April 2017 after 21 years of illness.

The cortege leaves Montezuma Monalisa Funeral Home in Machakos Town on Saturday 15th April 2017 at 08.00am and thereafter burial at her home.