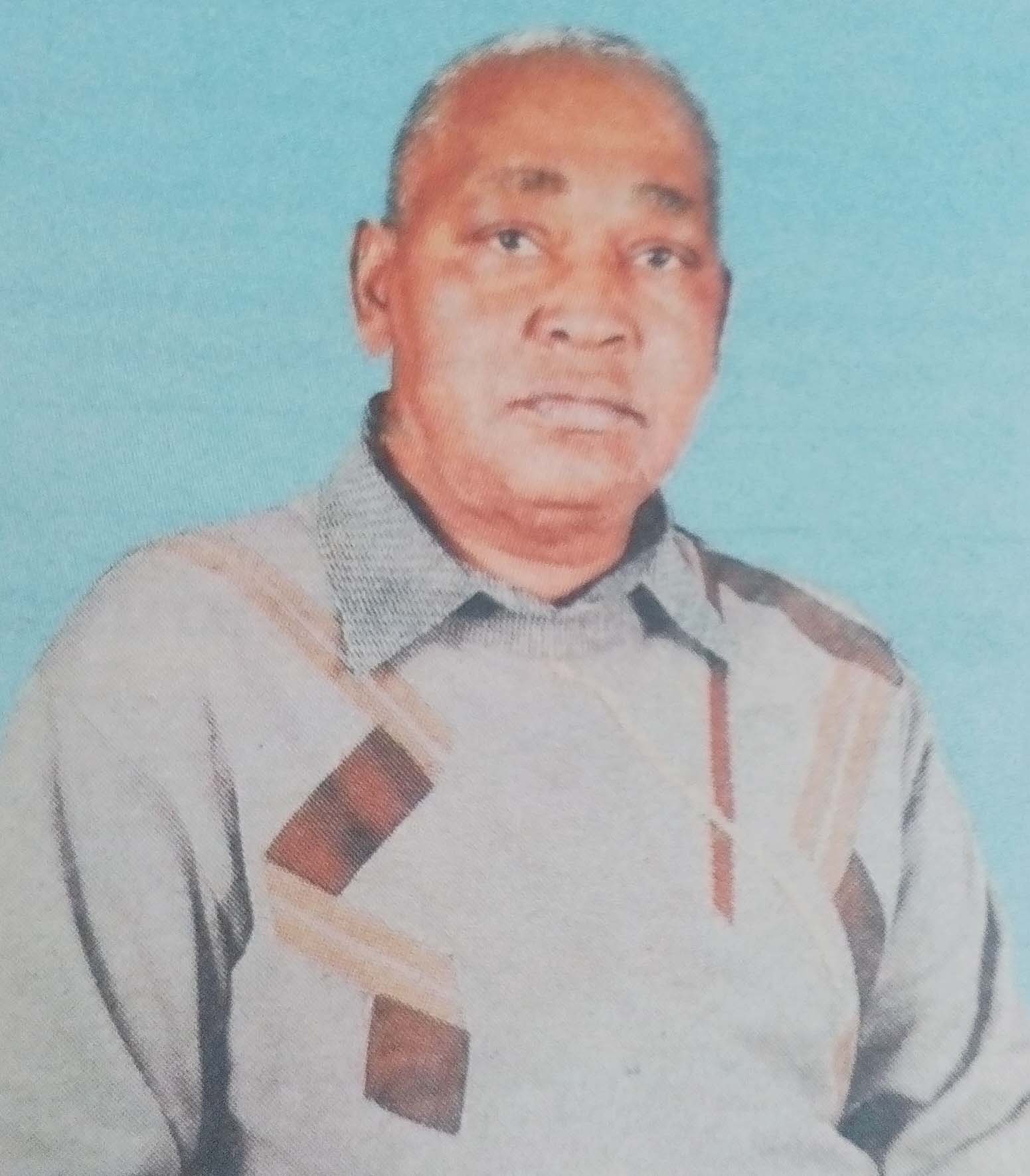 Want create site? Find Free WordPress Themes and plugins.
It is with deep sorrow and grief that we announce the passing on of a great man – Samuel Thuku Mwangi (S.T) of Nakuru following a long struggle with Kidney Disease and a battle well-fought.
S.T is the son of Daniel Mwangi and Mary Muremba of Kiambogo. Son-in-law of the late Benjamin Ngigi and Hannah Wangechi of Elburgon. Husband of Immaculate Wangui Mwangi.
Father of Antony Mwangi, Benjamin Ngige, Derrick Mwangi and Richard Kahuho. Father-in-law of Margaret, Daisy and Mary. Doting Grandpa of Nathan, Christopher, Jeremy, Ryan, Brian and Wangui. Brother of Naomi, Ernest, Zipporah and Daniel Wainaina, James and Grace Mwangi, Martha and Benson Njoroge, Wambui, Wanjiru, Peris and Francis Onoo, Loise and Susan. Brother in- law of Mary and Stanley Ng’ang’a,Thomas and Jane Wairegi, Lucy and Joseph Kinuthia, Michael, Betty, Godfrey and Martha Karuri, Boniface and Charity Kahuho, and Consolata. S.T has Nephews, Nieces, Aunties and Uncles, Cousins and other relations who are too numerous of list.
Family and friends are meeting at his residence in Nakuru daily from 5.00pm. S.T will be laid to rest on Saturday 10th December 2016.
The cortege will leave Umash Funeral Home in Nakuru at 8am for funeral mass at 10am at St. Monica Catholic Church in Section 58. We shall thereafter proceed to his farm in Piave- Njoro for the last rites at 1pm.
S.T is a legend and a hero. It is well.
0715922394 / 0722989601
Did you find apk for android? You can find new Free Android Games and apps.
https://obituarykenya.co.ke/wp-content/uploads/2016/12/Samuel-Thuku-Mwangi-S.T.jpg 1771 1551 Obituary Kenya https://obituarykenya.co.ke/wp-content/uploads/2020/05/Life-in-Legacy-Logo.jpg Obituary Kenya2016-12-09 11:35:092016-12-09 11:35:09Samuel Thuku Mwangi (S.T)
0 replies