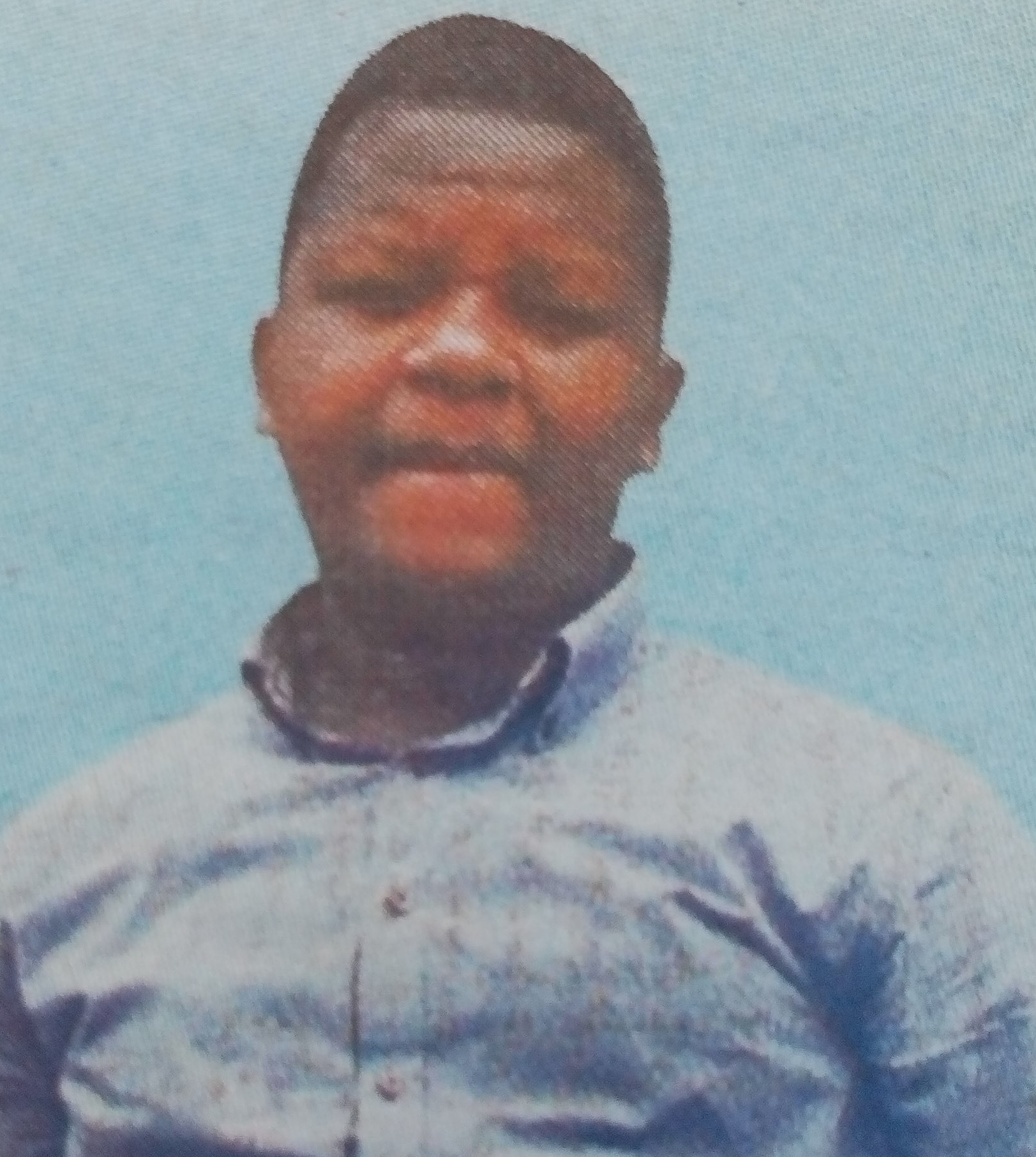 It is with deep sorrow that we announce the death of Simon Ngigi Warunge, a student at Adept College of Proffesionals Nakuru, which occurred on 3rd March 2017 at Nakuru Nursing Home.

Family and friends are meeting daily from 5.00pm at his father’s home in London Estate, Nakuru. The cortege leaves Nakuru War Memorial Hospital Mortuary on Friday 10th March 2017 at 8.00 am for funeral service at PCEA Kirathimo Church and burial thereafter at Engashura Farm.

“Loved ones never die, they live forever, Cherished in our hearts?”