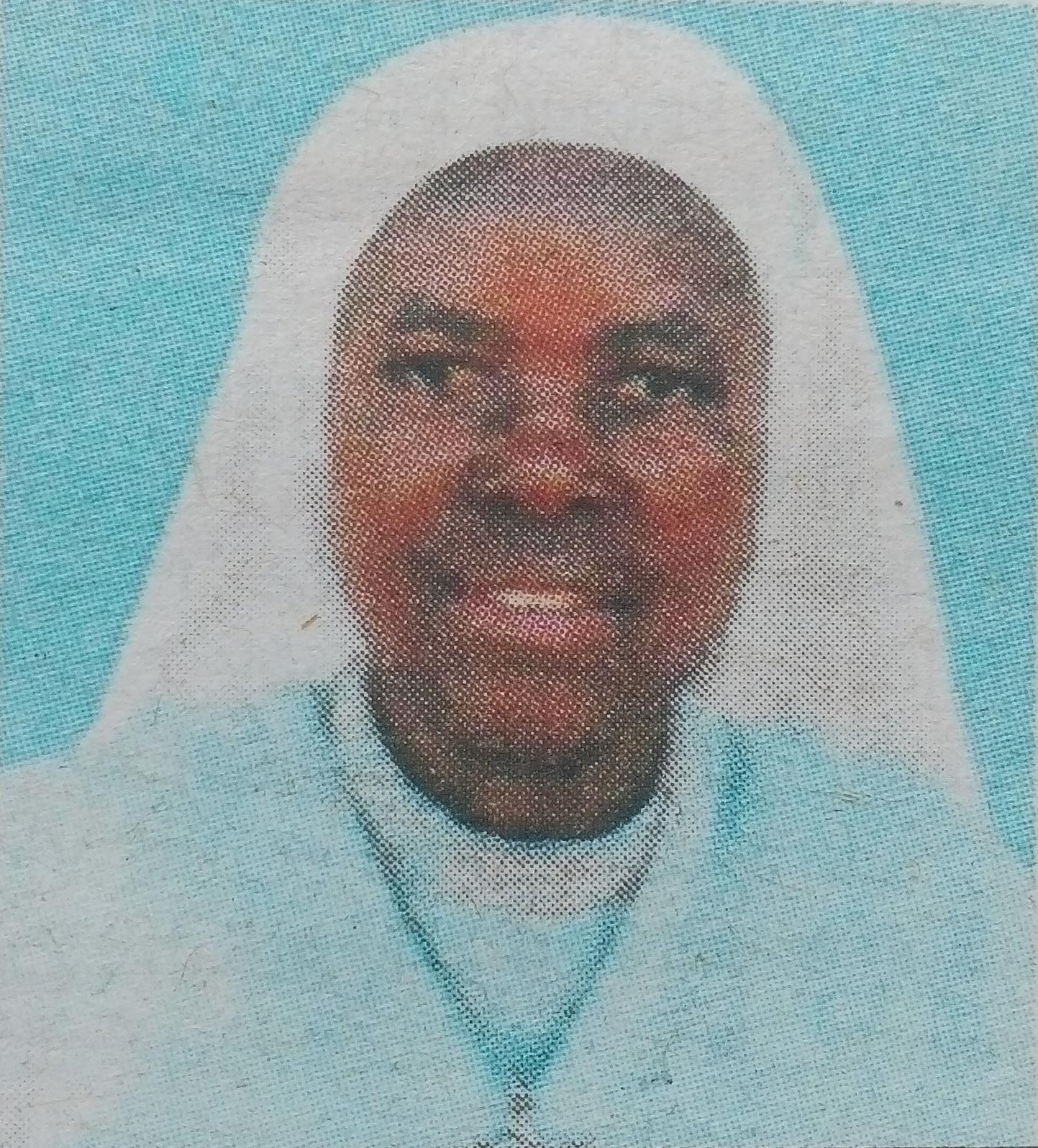 It is with humble submission to God’s will that the Sisters of Mary Immaculate of Nyeri announce the death of Sr. Mary Angelica Wanjiku Muchiri which occurred on Tuesday, January 3, 2017 at Our Lady of Lourdes Mwea Hospital.