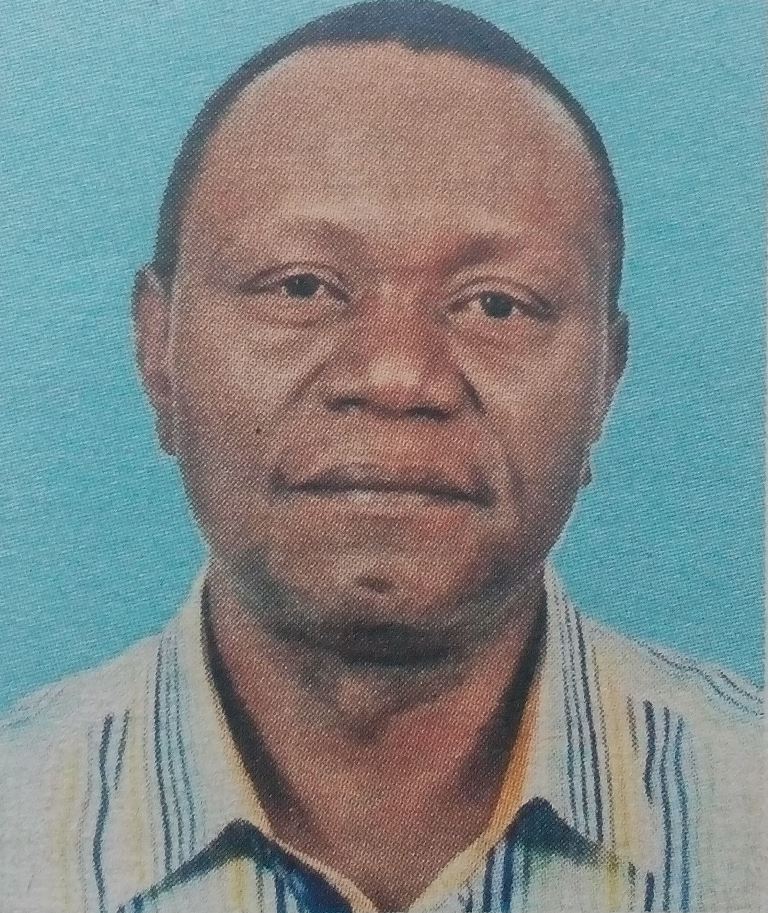 We regret to announce the untimely death of Stephen Mbuuri Muturi which occurred on 14/07/ 2017.

Friends and Relatives are meeting daily at All Saints Cathedral from 5: 30pm, Rocks Tavern, Kayole(opp. Family Bank) and at his rural home in Mukurwe-ini.

The cortege leaves KU Funeral Home on Friday 21/07/2017 at 7:00am and burial thereafter at his rural home, Kimondo village, Mukurwe-ini Sub-County, Nyeri County from 12:00pm.

In God’s hands you rest, in our hearts you remain forever. Rest in Eternal Peace.