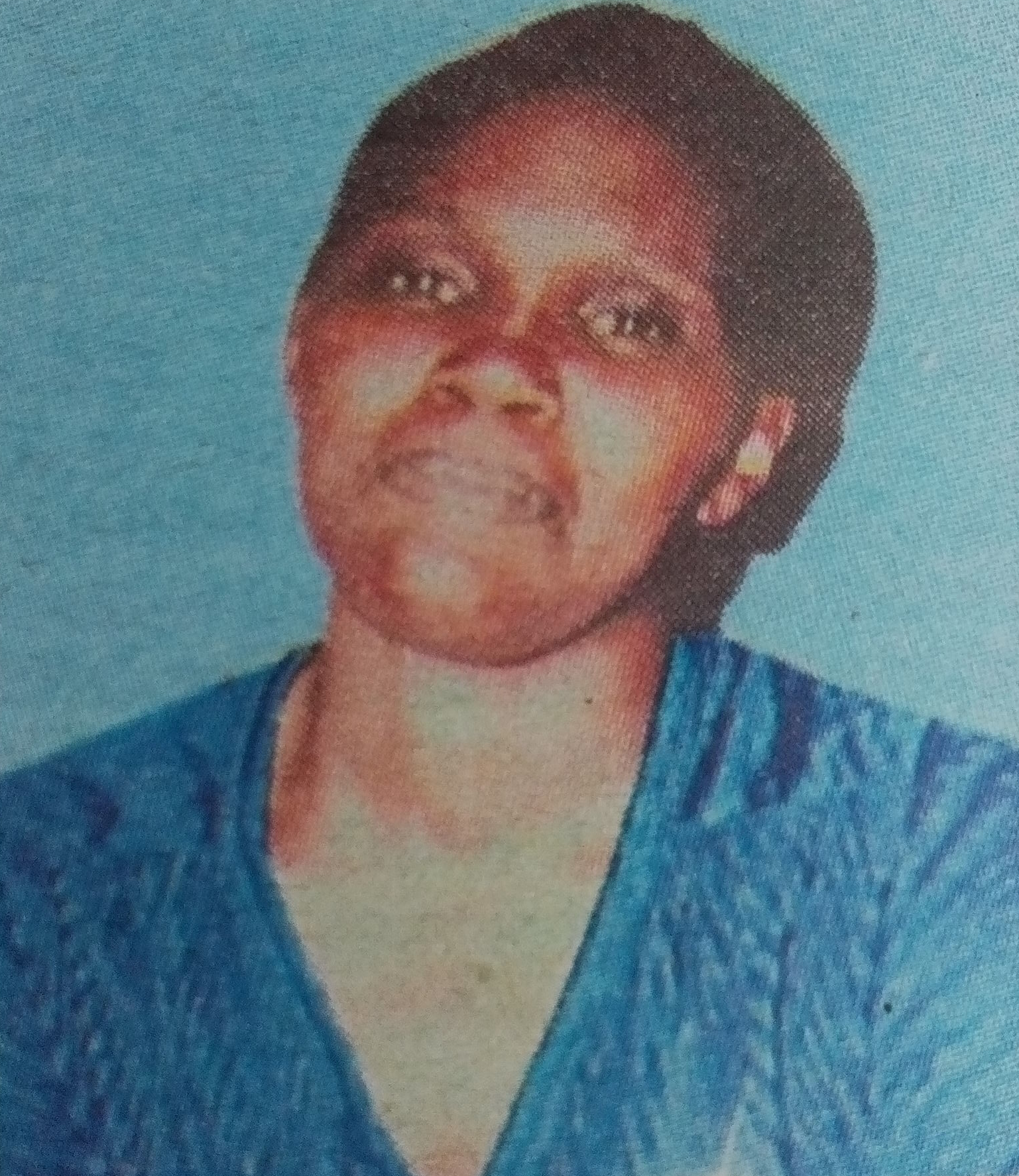 It is with humble acceptance of God’s will that we announce the death of Mrs Zipporah Nyaboke Ongaga, wife of Mr Samuel Ongaga Nyanumba on Wednesday 22nd March 2017 in Nairobi.

Family and friends are meeting daily at their home in Ngong’, Lower Matasia, Olkeri. There will also be meetings on Monday 27th March 2017 and Tuesday 28th March 2017 at All Saints Cathedral.

The cortege will leave Montezuma Funeral Home on Thursday 30th March at 10am for her home in Matasia. The burial will take place on 31st March 2017.