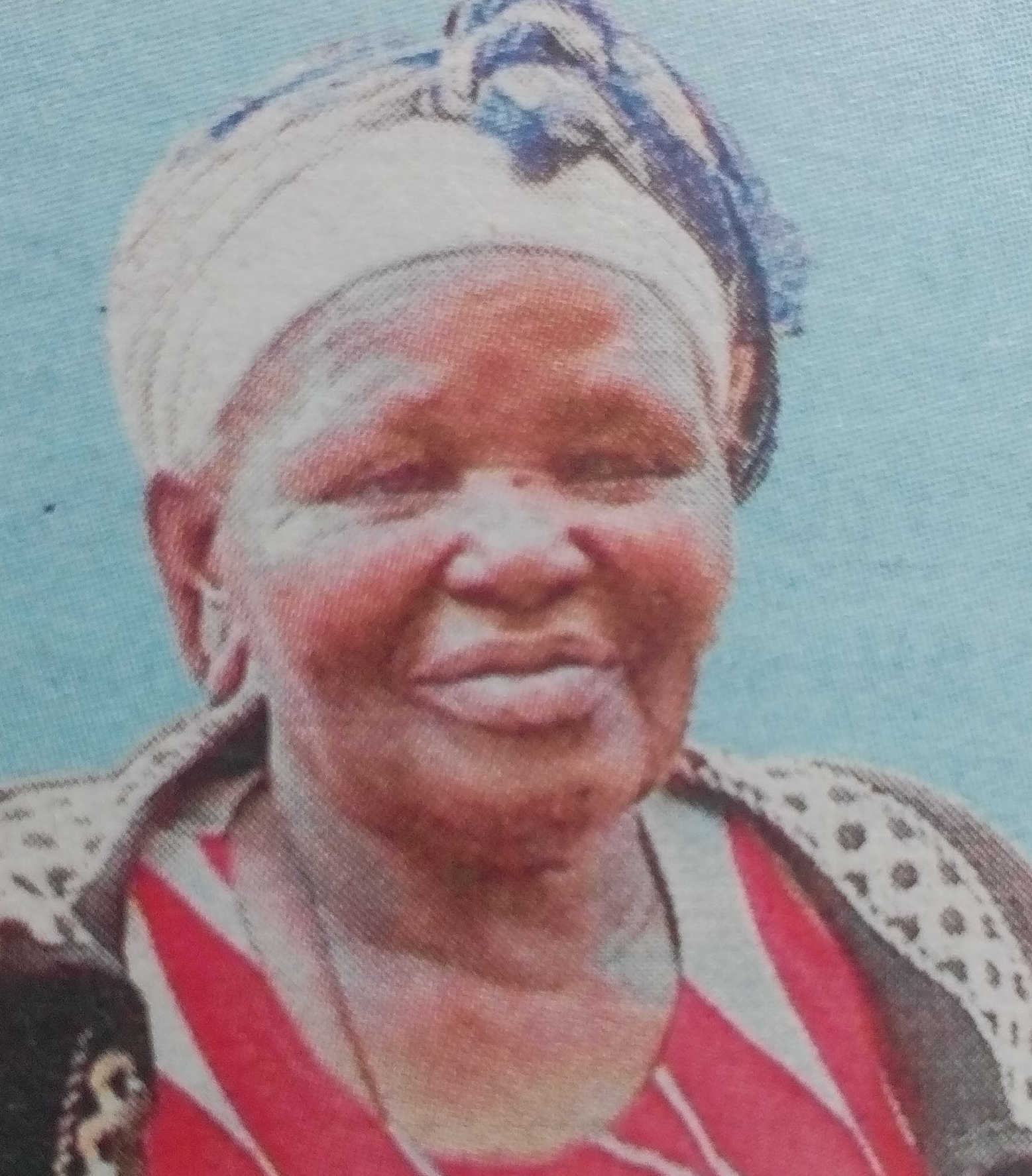 She leaves behind many grandchildren and great grandchildren. The cortege leaves Lazarus Funeral Home on Friday 24th February at 12 noon to her home United Sol Farm, Londiani.

Burial ceremony will be held on Saturday 25th February at her home.

I am the resurrection and the life, whoever believes in Me, though he dies shall be live in Me, John 11:23.