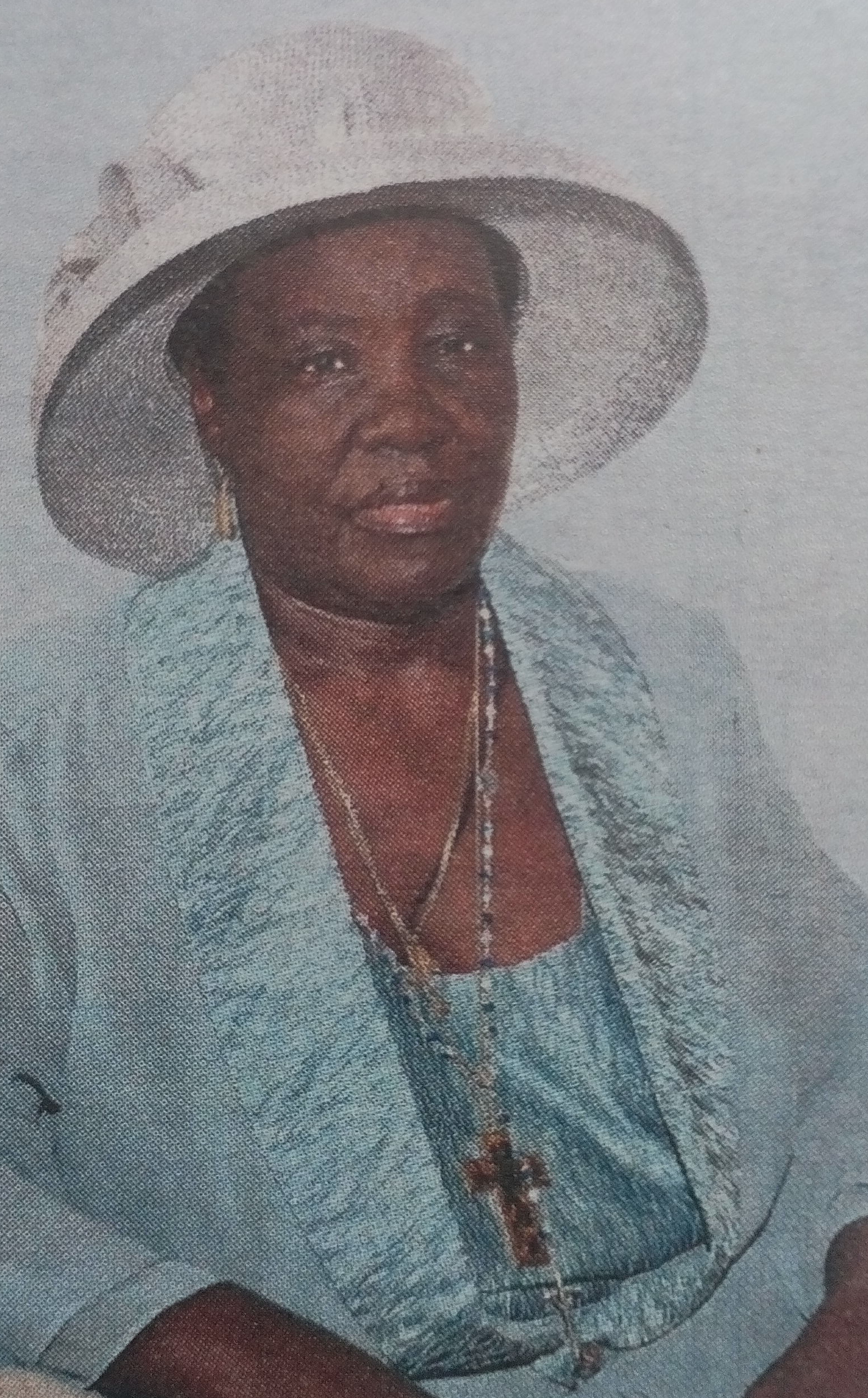 It is with heavy hearts that we announce the promotion to glory of Anne Wangari Kinyenje. A mother, a sister, a grandmother, an aunt and a friend to many, who passed away after a long illness on January 24, 2017 at Suhurbar Hospital, MD. USA. Anne was daughter to the late Alex Kanyi Karuga and the late Emily Wanjiku Kanyi. Wife of the late Chief Inspector Benard Kinyenje Kimani; Mother to Lucy Nyambura, the late Charles Kimani, Christine Wanjiku, Esther Waithera and Alex Kanyi. She was mother in law to Alice Kimani, Ohed Kariuki, Thomas Opiyo and Jane Kanyi. Grandmother to Terry, Bernard, Nikita, Muthoni, Kareem, Ann-Loise, Angie, and Gianna. Sister to Josphat Karuga, Charles Mwangi, Margaret Ng’endo Mukoma, Teresia Wambui Mburu, Jane Muthoni Kariuki, Joseph Hinga, Joseph Kambo, Boniface Mugo, John Kamuga, Mary Goretti Munene. Sister in law to John Githinji, Samuel Mwithukia, George Kimonyi and the late Pauline Waithera. Following her wishes, Anne Wangari Kinyenje will journey back to Kenya where she will be laid to rest.

There will be a prayer meeting for friends and family at All Saints Cathedral on the 28th February 2017 at 5pm. The funeral mass will be held at the Holy Family Basilica on Thursday March 2nd 2017 at 10am and thereafter on the same day, the interment to be held at her farm in Kereita, (Githembe) Lari, in Kiambu County.

Psalms 116:5 Precious in the sight of the Lord is the death of his faithful servants.