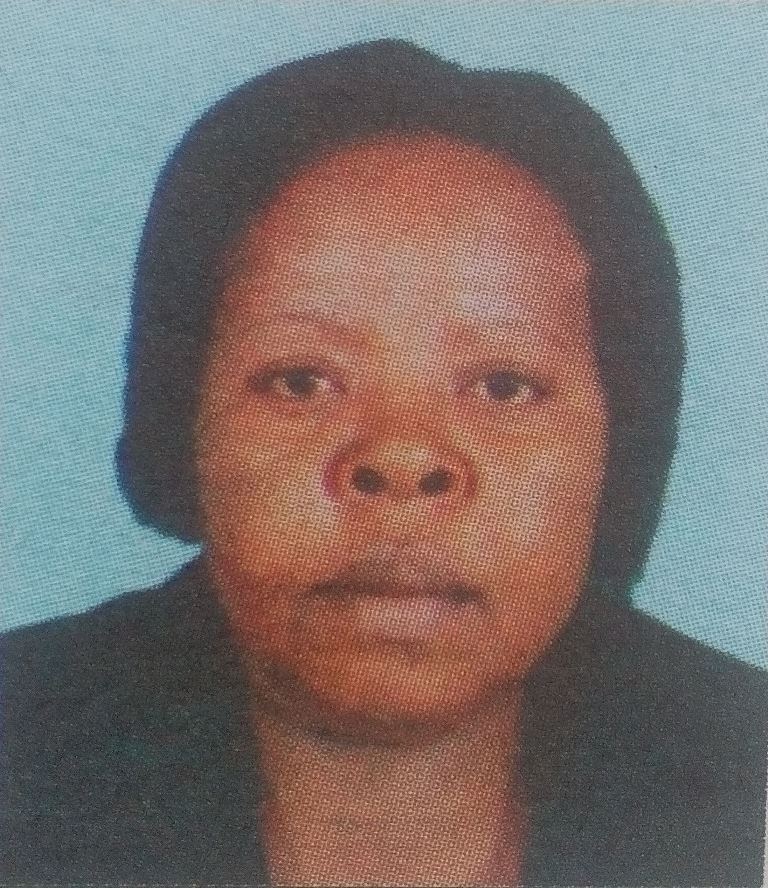 It is with humble acceptance of God’s will that we announce the promotion to glory of Catherine Wanjiku Mugo on the dawn of 17th July 2017. Until her demise she has been working with the Office of Auditor General (Nyeri Hub).

Friends and relatives are meeting at their residential home at Nyeri (Ringroad) opposite Green Hills Hotel starting from 5:00 p.m for prayers and funeral arrangements. The burial will be announced later.

Forever in our mind and hearts you will remain, our fond memories with you. As you rest in heavenly peace, may your soul shine in eternity as you rejoice with the Angels in God’s presence.