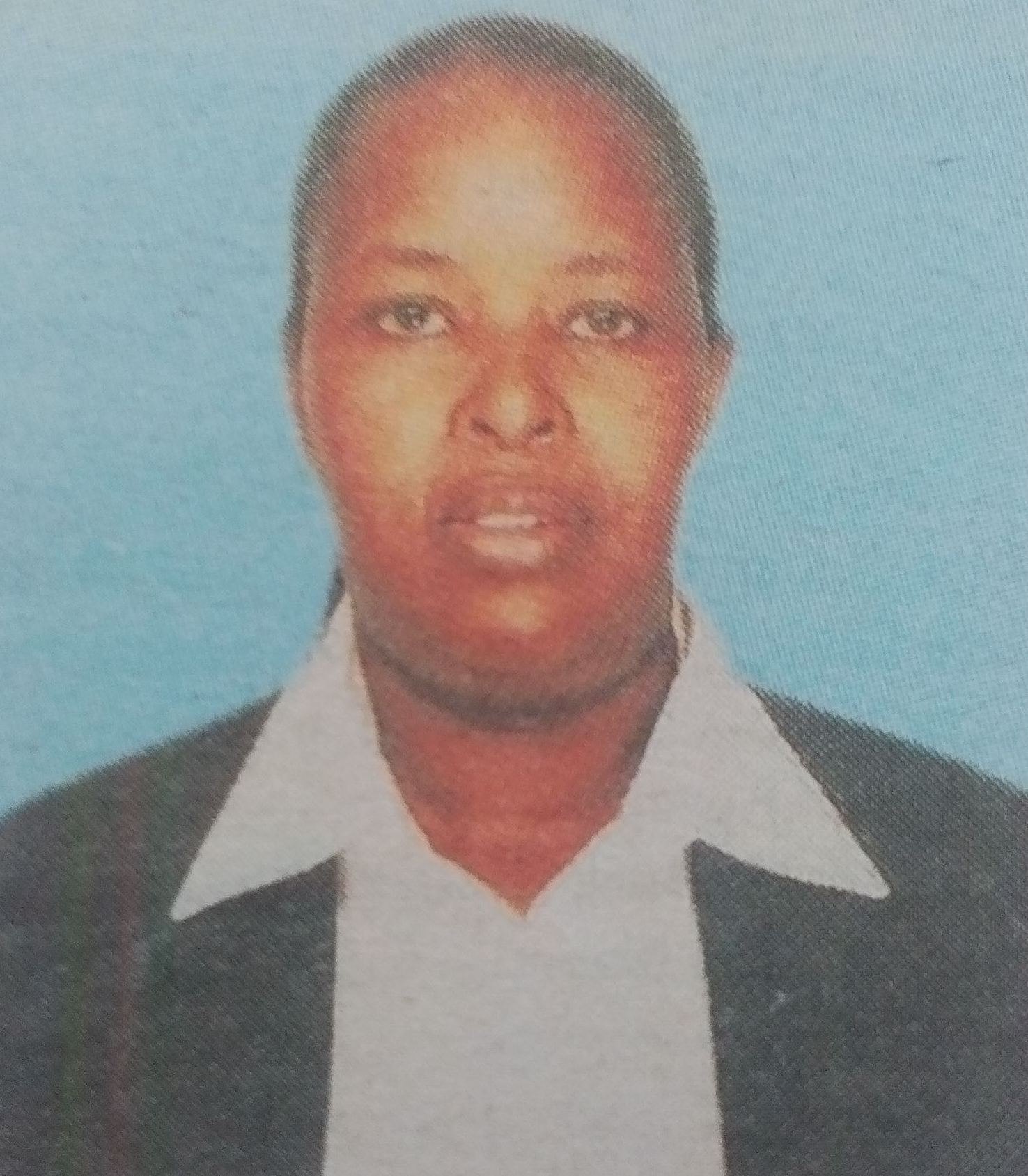 It is with humble acceptance of God’s holy will that we announce the passing of Esther John Kipse who until her death was an employee of Central Bank of Kenya.

The cortege leaves Lee Funeral Home on Friday 20th Jan 2017 for burial at their farm in Kesses village Uasin Gishu County on Saturday 21st Jan 2017. Family and friends are meeting at Holy Family Basilica on 18th Wednesday at 5pm.

In God’s hands you rest, in our hearts you will live forever