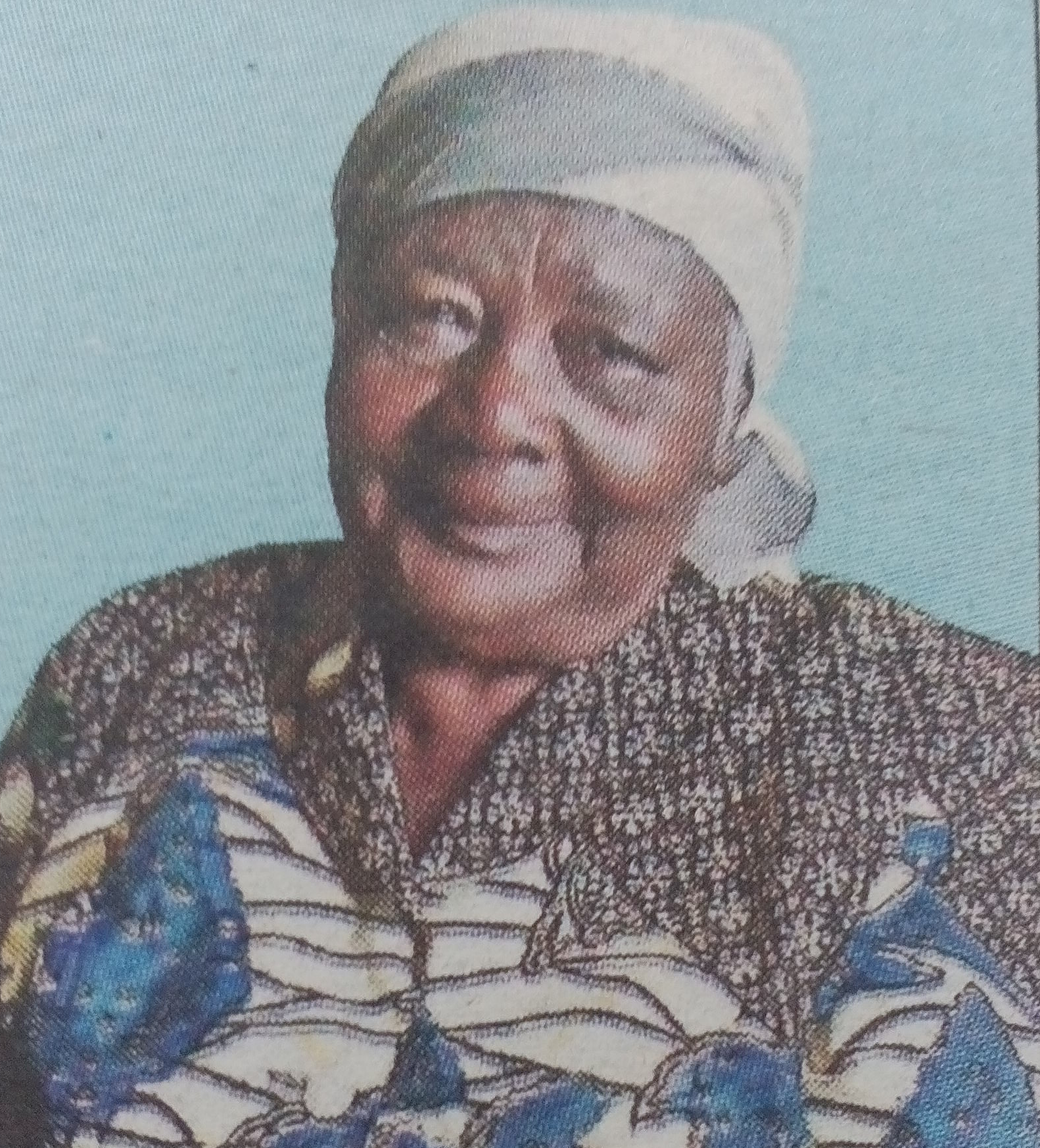 It is with humble acceptance of God’s will that family members announce the death of former Mama Regional Director, PAG Madira & Chavugami Region, Mrs. Florence Olenyo Mukanga, which occurred on 31st December, 2016. She was born on January 10th 1928.

Family members, friends & well wishers are meeting daily in room 5A Tumaini House (above Studio One Opposite Kencom House).

Harambee to raise funeral expenses will be held at the same venue on Tuesday 10th January, 2017 at 5pm.

A funeral service will be held at Bahati PAG Church on Thursday 12th January 2017 at 7:45am and thereafter, the cortege leaves at 10am for Vihiga.

Burial takes place at her home in Madira Village in Vihiga County on Saturday 14th January, 2017 at 10am.

Your prayers and support is highly needed.