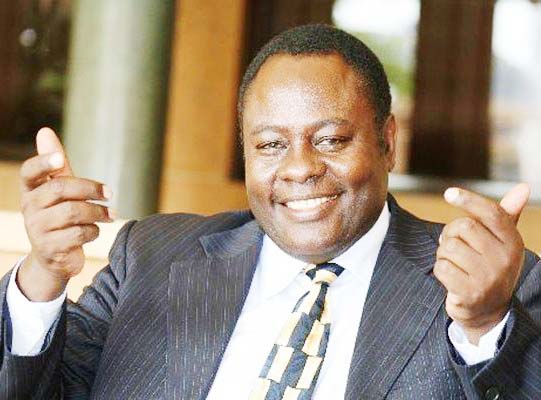 Gachagua died at about 2.15am from pancreatic cancer, an illness that saw him admitted in the UK for two months in 2015.

Rigathi Gachagua, the late county chief’s brother, said he had been sick for about two years.

He told NTV that he died at Royal Marsden Hospital.

“The family will plan in the course of the day on when to bring the remains back to Kenya,” he said.

Sources at the county assembly told the Star that the Governor flew out of the country on Wednesday night for official duties.

He had missed a number of political functions including those held during President Uhuru Kenyatta’s week-long stay in the county in March.

Deputy Governor Samuel Wamaathai was at the helm in his absence.

In February 2015, Muruguru/Gatitu MCA Mwangi Kibuu demanded to know Gachagua’s whereabouts saying he had not been seen in public since the previous year’s Jamhuri Day celebrations.

Gachagua is the first Governor to die while in office. He served as Mathira MP before being elected governor in 2013 under GNU party.

The Governor had been seeking re-election; Jubilee Party officials said he had paid the nomination fee ahead of primaries in April.

Rigathi said his brother loved his job and often called to ask how his people were doing.

“He loved his work even on his death bed, he said, adding President Uhuru Kenyatta sent a condolence message to the family.

“I am happy about the government’s support,” he said.

But last year, MCAs voted to impeach the Governor for alleged misappropriation of funds.

Gachagua had been accused of misappropriation of public funds and abuse of office, following revelations by the controller of budget, that more than Sh800 million from the last financial year could not be accounted for.

Thirty two of the 46 ward representatives voted in favour of the impeachment motion.

They were also aggrieved by the Governor’s refusal to assent to the county’s 2016/2017 finance bill.

The MCAs further accused Gachagua of using Ethics and Anti-Corruption Commission officials to sabotage their efforts to impeach him.