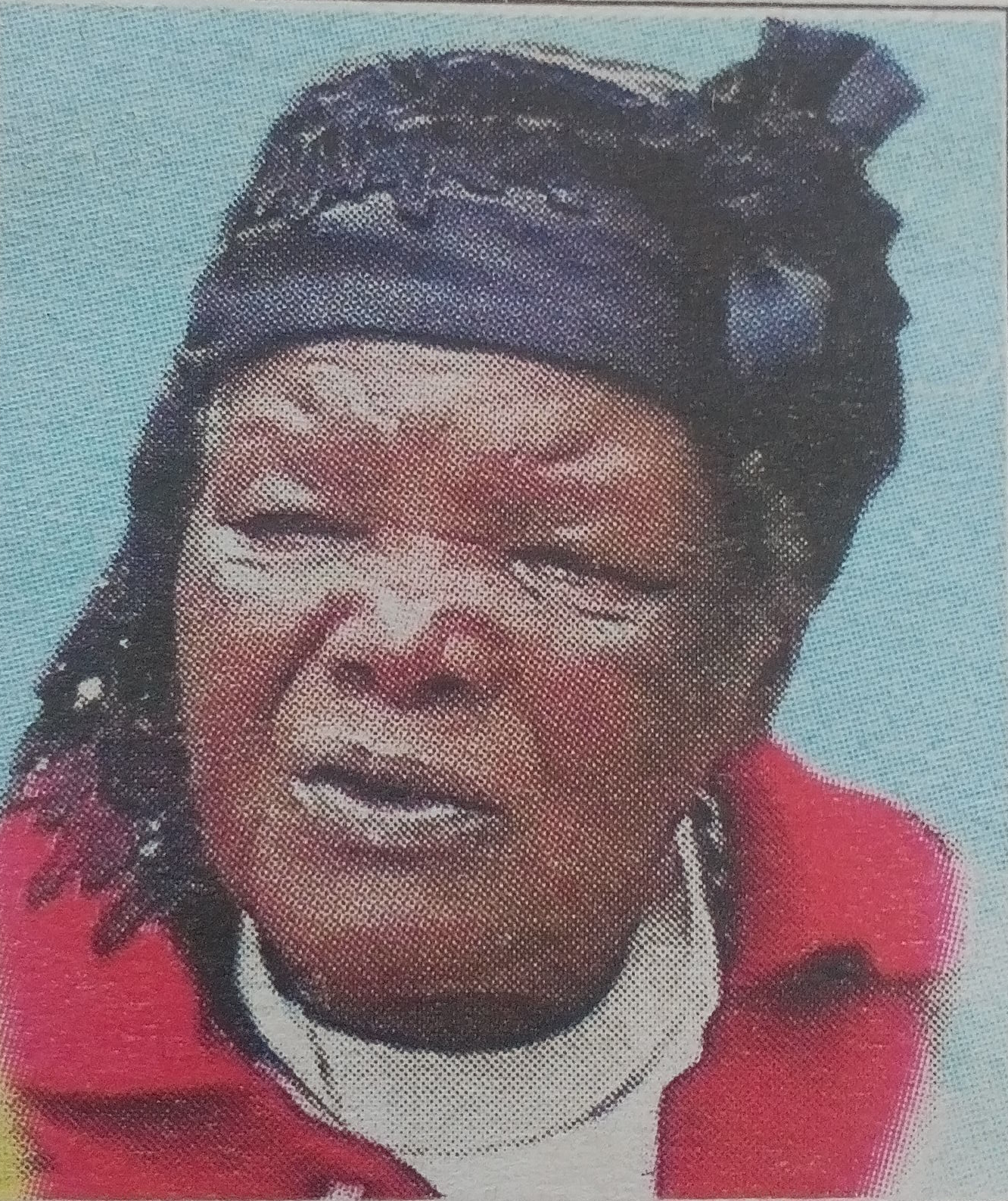 It is with humble acceptance of God’s will that we announce the demise of Martha Ngunju Miano of Riakana village, Mukure location, Kirinyaga County, which occurred on 11th December 2016.

Relatives and friends are meeting daily for prayers and funeral arrangements at her home at Riakiania from 4pm and Francis Muthi’s residence at Sagana from 6pm.

The cortege leaves Jamii Hospital Mortuary, Karatina, on Tuesday 20th December 2016 at 9am and thereafter burial will take place at her home the same day from 12pm.

Mum you were the best mother we had. You did your part.