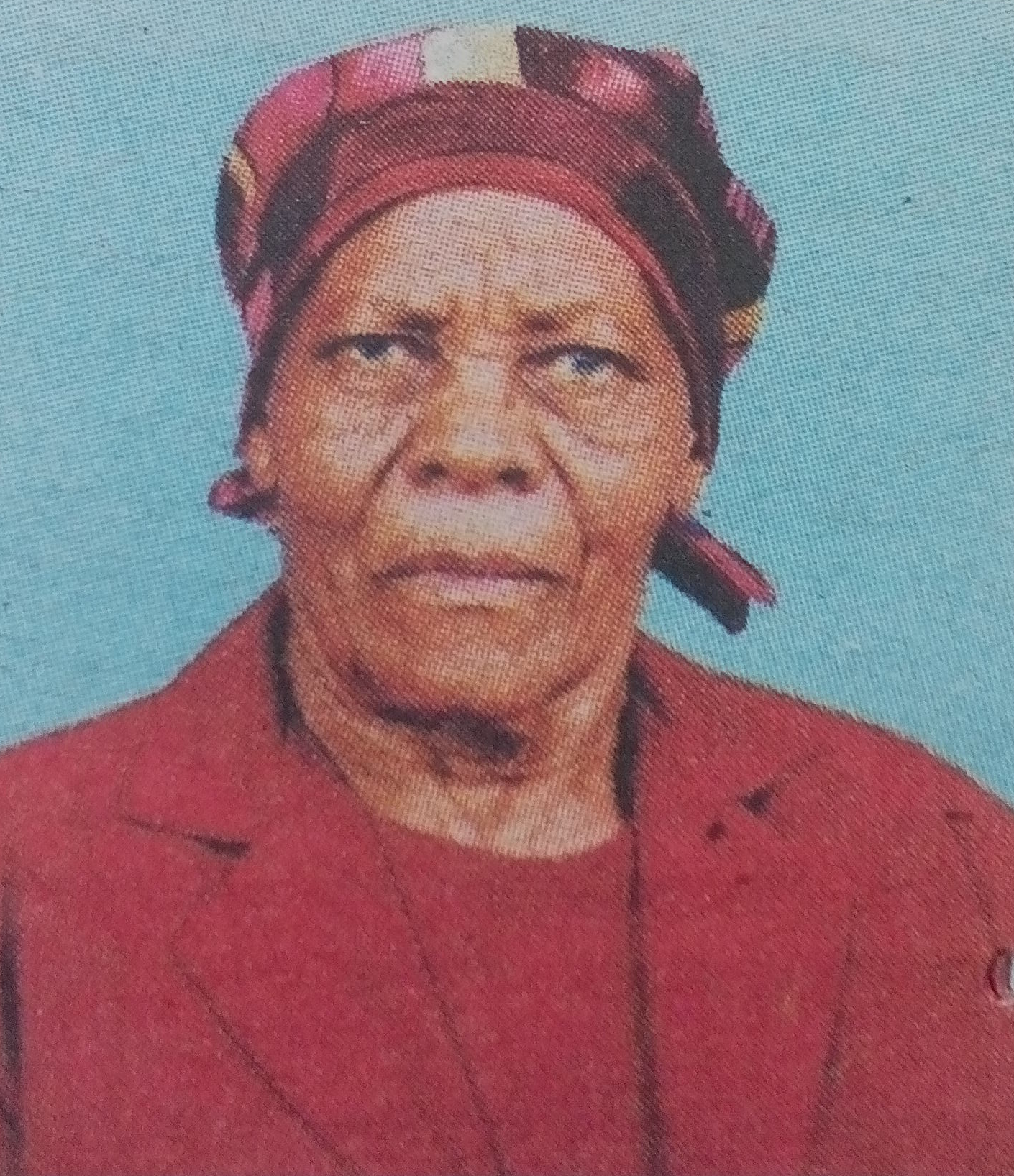 It is with the humble acceptance of God’s will that we announce the promotion to glory of Millicent Wagicugu Maringa.

Daughter of the late Robert Gutu Nguiri and the late Margaret Wanjagi.

Mother in law of Gitonga, Vaida, Rosepauline, late Jane, Wachira, Karembu, Murage and the late Beth. Grandmother and great grandmother of many.

Friends and relatives are meeting at KK Restaurant, Bruce House Nairobi on Tuesday 10th January at 5pm and at her home in Kianyaga, Kirinyaga County.

The cortege leaves Kibugi Funeral Home in Kutus on Thursday 12th January 2017 at 9am. Thereafter funeral service will take place at ACK All Saints Church Kianyaga followed by the burial at her home.