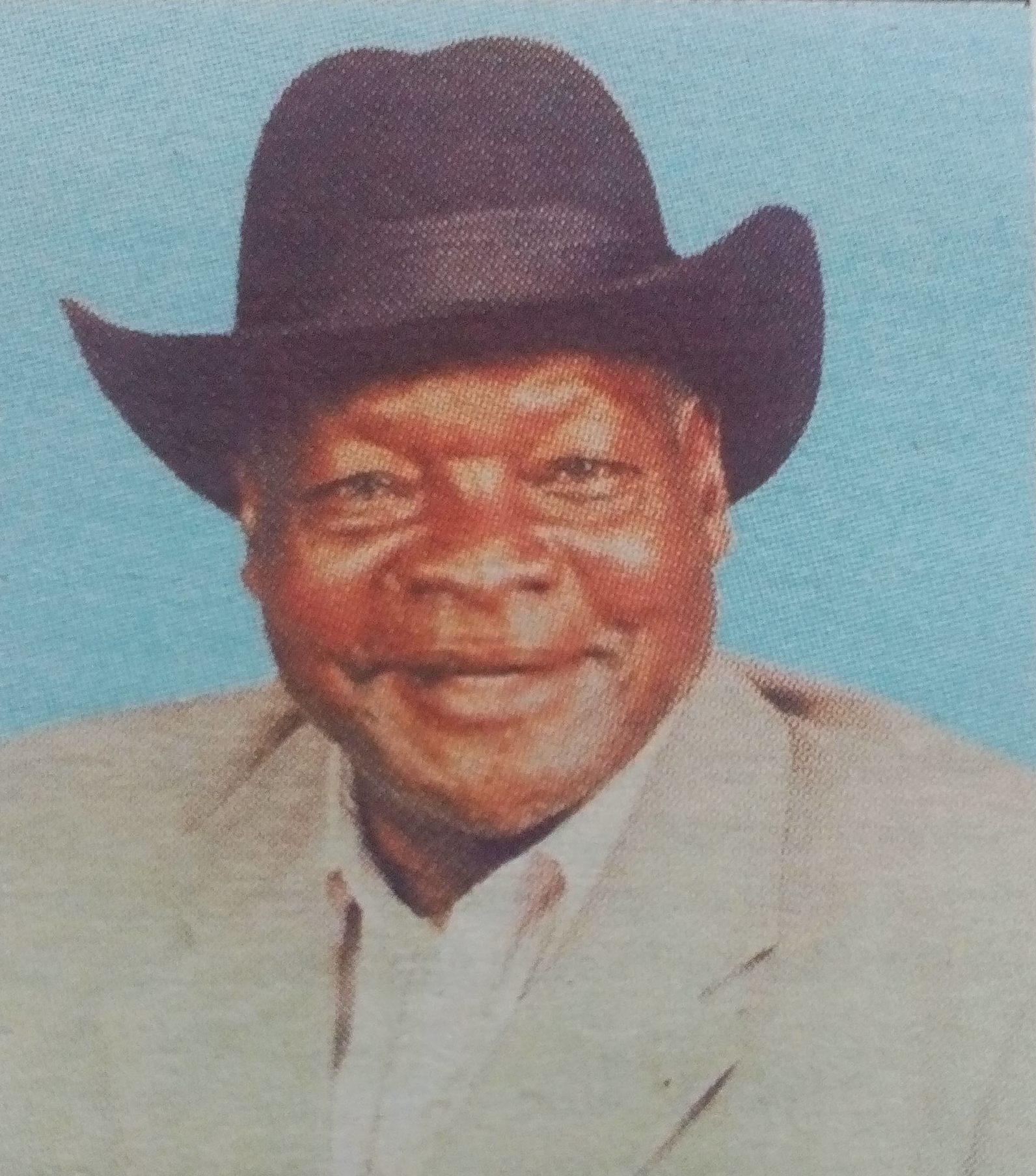 It is with humble acceptance of God’s will that the Lucas Family announces the death of Mr Simeon Oyaro Lucas of Masabo Village, Gesusu, Kisii County which occurred on Wednesday December 7, 2016.

The cortege leaves Nyangena Mortuary on Thursday December 15, 2016 at 1pm. Burial will take place on Friday December 16, 2016 at his Masabo home, Gesusu starting 10am.