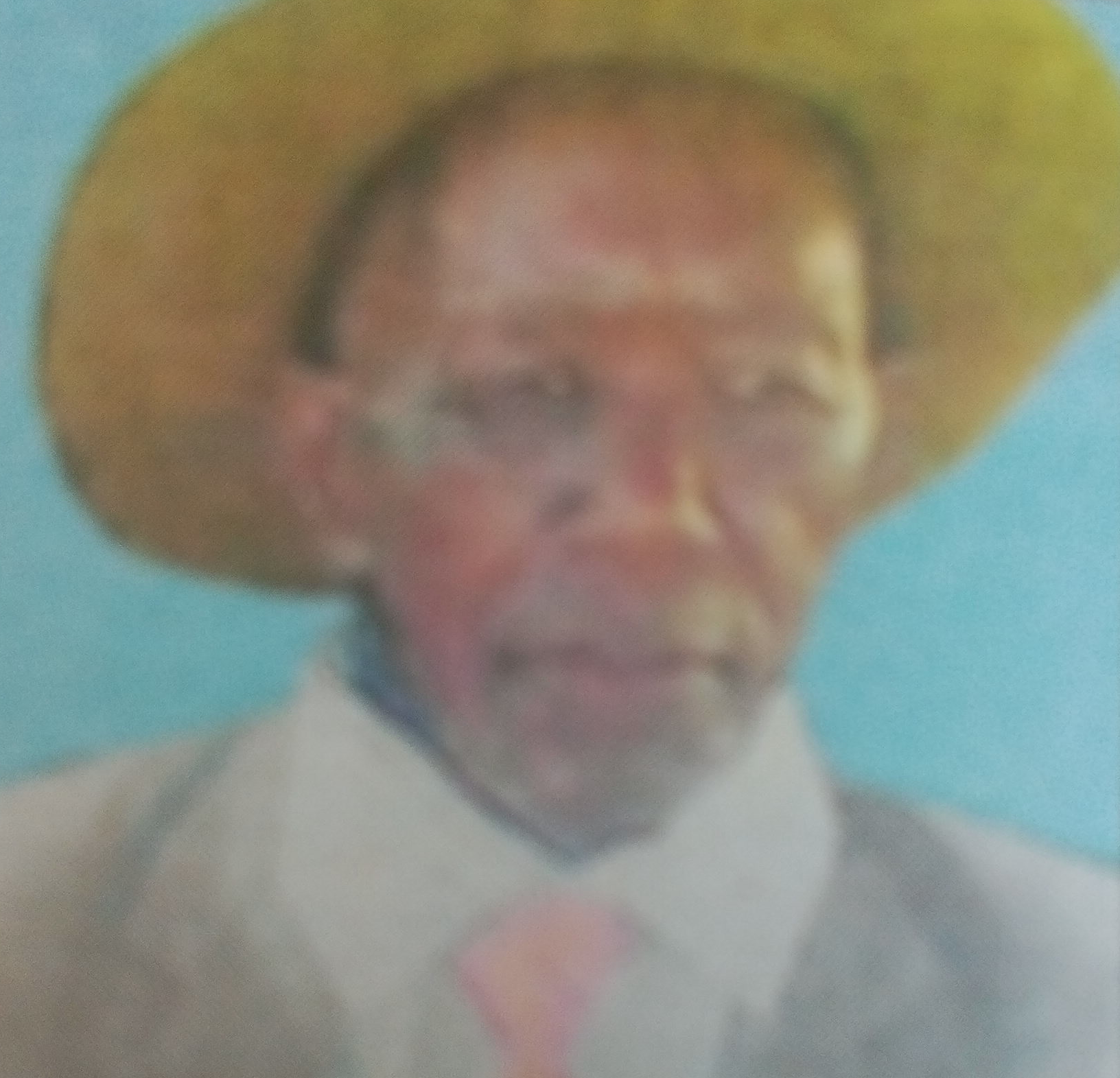 It is with humble acceptance that we announce death of Mzee Jonathan Munyeke.

Son of the late Kilonzo Makau and the late Ann Ngina.

Relatives and friends are meeting at his homes Mbusyani Village,Wautu Sub-Location, Mbuinzau (Kyaaka Village) and Machakos (Lauh Hotel) respectively for funeral arrangements, every day from 5pm.

The cortege will leave Montezuma Monalisa Funeral home Machakos on Wednesday 19th 2017 at 8.00am, and there after he will be laid to rest at his firm Mbusyani Village, Ilima Location in Wautu Sub-Location.