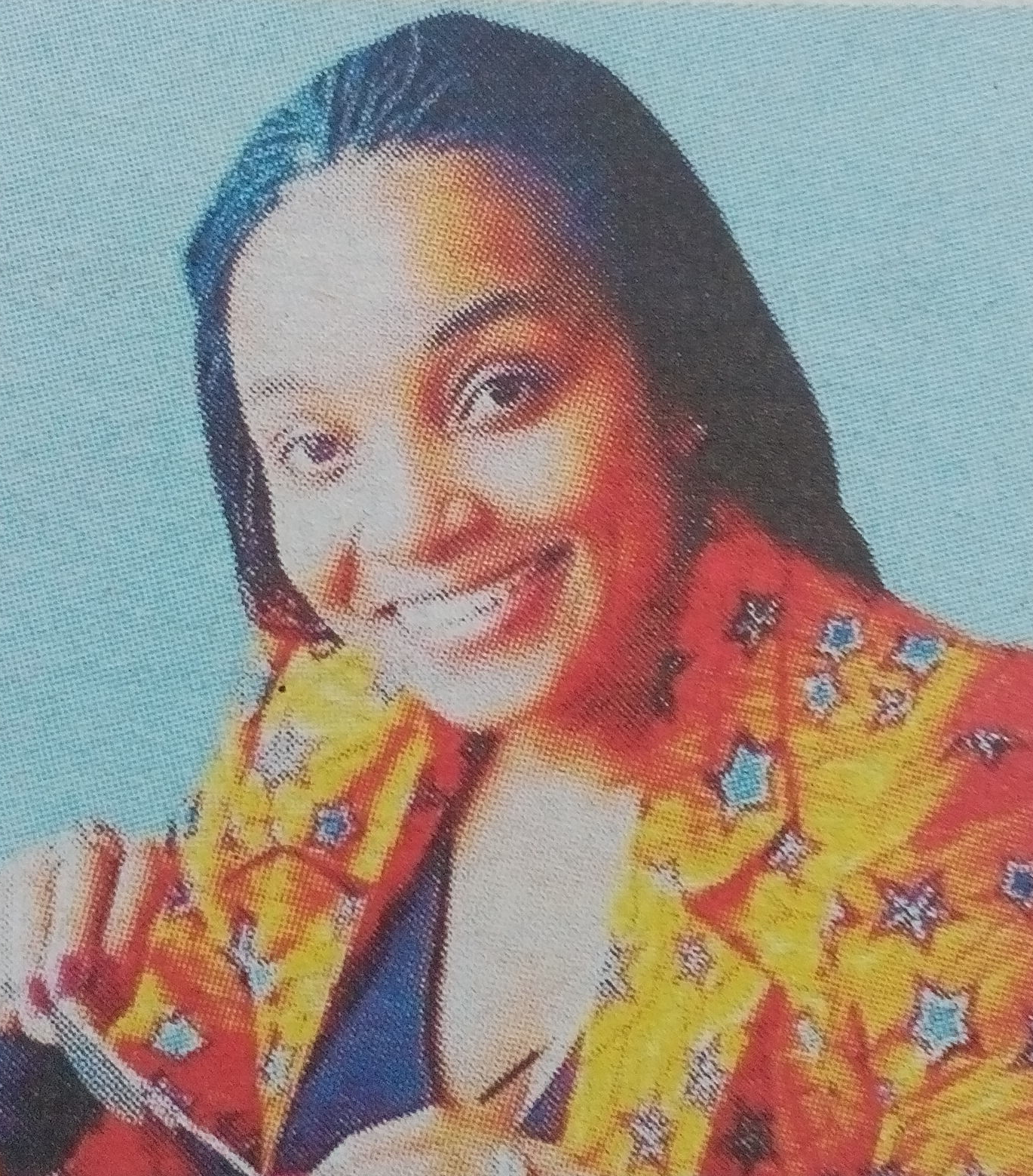 It is humble acceptance of God’s will that we announce the demise of Rahab Wanjugu Kamande which occurred on 2nd January 2017 after a short illness.

Until her death she was Office Manager at FGxpress Intenational.

There will be a mini fundraiser at the same venue today Monday January 9, 2017.

The cortege leaves Montezuma Monalisa Funeral Home on Wednesday 11th January 2017 at 8am for a funeral service and burial to held at Mugumo-ini Village, Maragwa, Murang’a County.

May God rest her soul in eternal peace