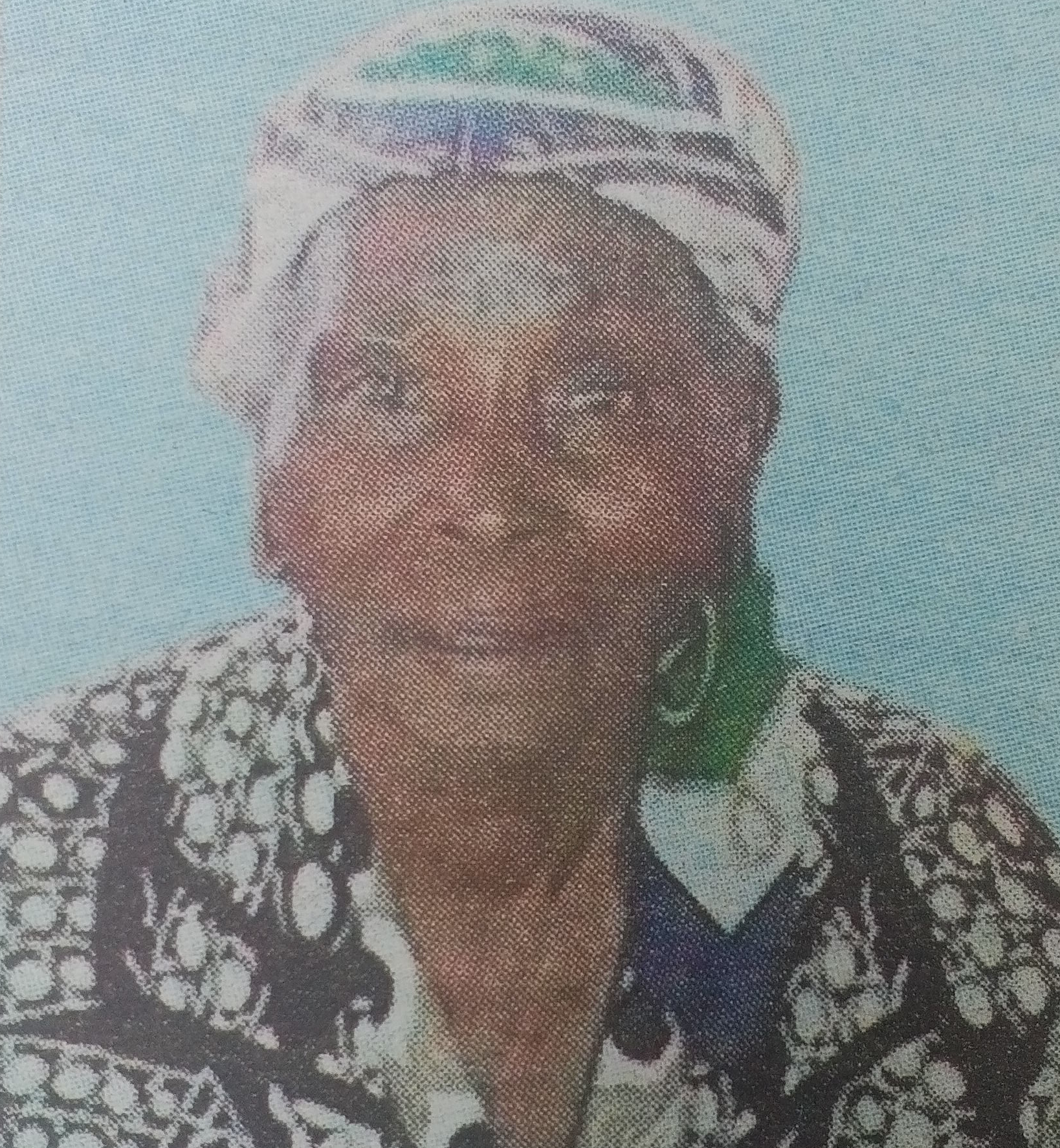 It is with deep sorrow that we the family of the Late Mrs. Rusi Chepng’eno Nyoro announce her promotion to glory, which occurred on 15/05/2017 at her home in Tebesonik Village, Kericho County.

The cortege will leave Litein mission hospital on Friday 19th May 2017 at 2.30p.m to Tebesonik Village, Bureti, Subcounty, Kericho County for a brief funeral service. The main funeral service and burial will take place on Saturday 20th May 2017 at the family homestead, starting 10am.