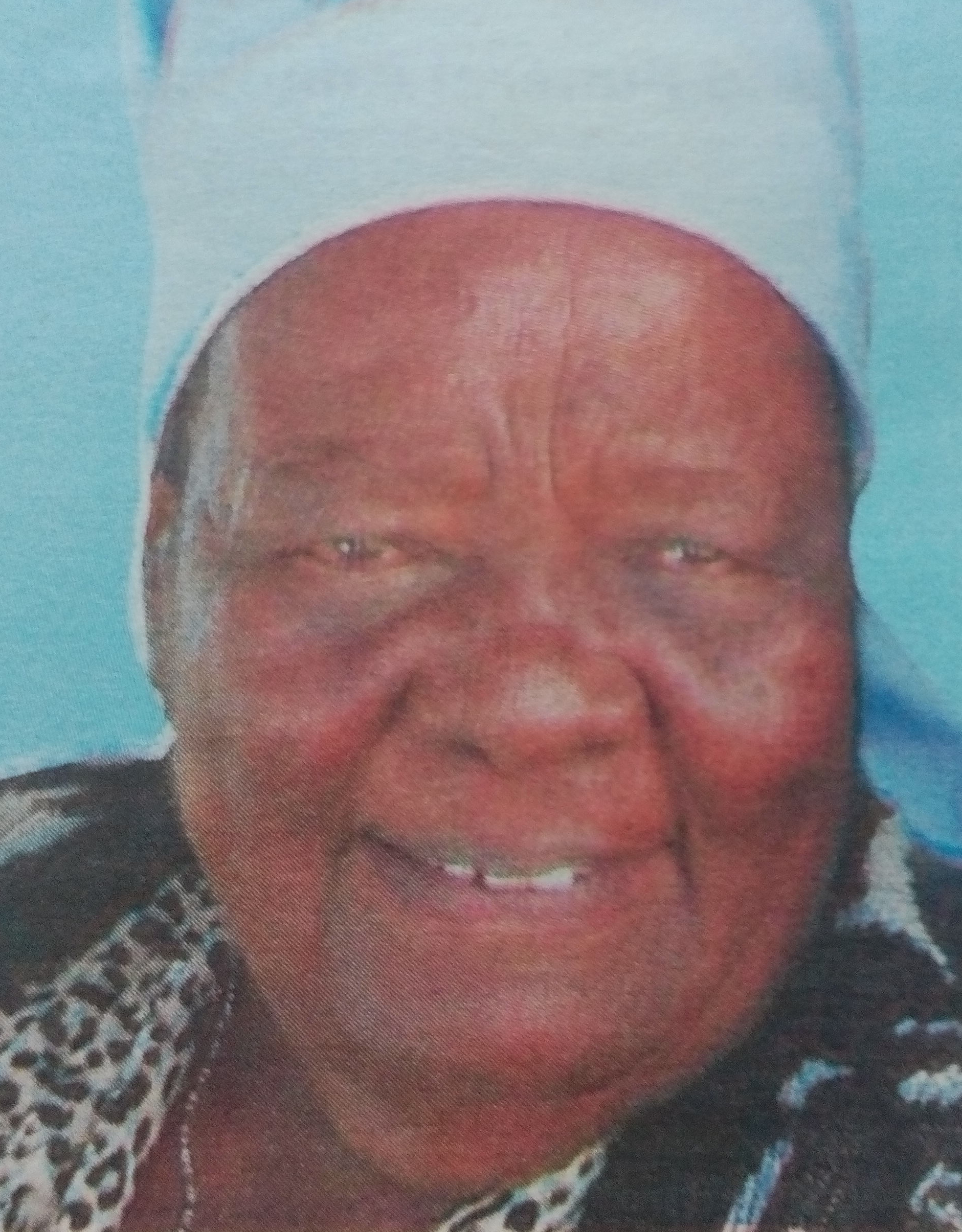 It is with profound sorrow and humble acceptance of God’s will that we announce the promotion to glory of our beloved mum Mrs. Salome Nyang’ara Ogari. Wife of the late Mwalimu C.P Ogari.

Family and friends are meeting daily at Tumaini meeting chambers, 5th floor behind KENCOM, Nairobi, KPA Mbaraki Sports Club, Mombasa and her home in Ensakia village, Isoge settlement scheme for funeral arrangements. There will be major fundraisers to offset medical expenses on Tuesday 28th February 2017 at 680 Hotel, Nairobi, and KPA Mbaraki Sports Club, Mombasa from 6.00pm. The cortege leaves M.P. Shah on Thursday 2nd March at 9.00am for a funeral service at St. Paul’s University Chapel and burial will be on Friday, 3rd March 2017 at Ensakia village, Isoge Settlement Scheme.

“Loved ones never depart; they rest in God’s hands and live in our hearts forever”

Rest in Peace our beloved Mum till we meet again.

1 Thesalonians 5: 18: In all things, give thanks; for this is the will of God in Christ Jesus