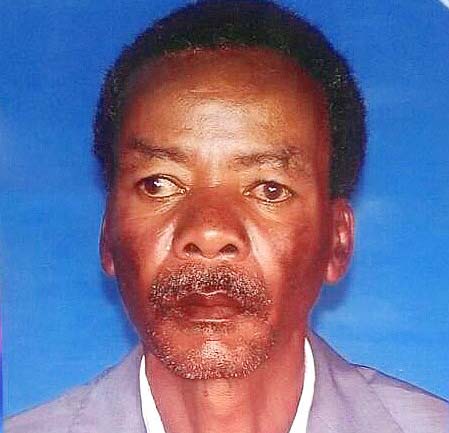 It is with profound sorrow and humble acceptance of God’s will that we regret to announce the death of Duncan Njiru Kauma after a short illness. He was the son of the Late Keneth Mbogo Kauma and the Late Roselly Kathanje Mbogo, husband to Lucy Njoki Kauma (Principal St. Peter’s Kathakwa Secondary School).
Father to Jim Gitonga Kauma (Clerk County Assembly of Embu), Denis Njeru (Priva nuts company), Josephine Wambura (Kirinyaga University College), and Levis Muchangi (Kenyatta University), Father-in-Law to Dorcas Koki Gitonga and and Lilian Kagendo.
Brother to Irene, Lilly, Gillian, Flora, Margaret and George Mwaniki grandfather to Clinton Munene, Sonia Njoki and Shawn Muriithi.
Daily prayers are being held at Mr Kauma’s Miringari Village near Kathanjuri market in Kyeni South Ward at 4pm and Prime Hotel in Embu town at 5:30pm.
The cortège leaves Gakwegori Funeral home at 10am for the funeral at the deceased’s homestead at his Miringari home on 12th April 2017.

“Peace I leave with you; my peace I give you. I do not give to you as the world gives. Do not let your hearts be troubled and do not be afraid.”  John 14: 27